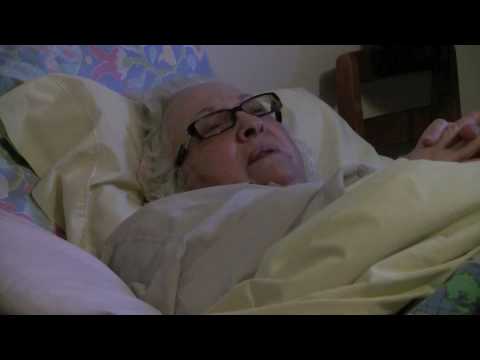 On the morning of March 4, Professor Karren Baird-Olson was teaching one of her American Indian Studies classes and gave students a choice to join in on the “Day of Action.”

“I had learned through advertising that a demonstration was going to take place throughout the day,” Olson said.

Olson then walked and stood in front of the Oviatt Library with her students to listen to speakers talk about the reasons students where out demonstrating.

At around 3 p.m. Olson began marching in solidarity with students along the perimeter of the campus.

“As we walked near the intersection drivers honked their horn and cheered us on,” Olson said. “We continued to walk and 99 percent of the cars were honking and cheering us on.”

As the demonstrations continued Olson joined students on the corner of Prairie Street and Reseda Boulevard.

“Students were sitting down blocking the intersection,” Olson said. “And as an experienced activist, I could see the tension in their (police) eyes.”

As students moved from the intersection, Olson said she began to tell students not to react to the pushing from police. Students then began to chant “peaceful protest.”

“It all happened so fast,” Olson said.

Olson said an officer who moved from the line police had formed in front of the demonstrators pulled her.

“I ended up on the ground and saw a big black boot coming at me,” Olson said. “It was police.”

Olson said “all hell broke out” after she was on the ground. Students who tried to help her were beaten, Olson said.

Afterwards, Olson was lifted up from the floor with her arm in pain and taken across the street where she waited in the cold, Olson said.

“I am not one to beg,” Olson said. “But I kept telling them that I needed a pillow or blanket to lay down because I suffer from a heart condition and was afraid this would make it worst.”

Police dismissed her concerns, Olson said. Olson said she had broken her leg before and knew the pain she felt in her arm was because it was broken but the officer avoided her by looking straight ahead.

About half an hour later, an ambulance was called and Olson was transported to the Northridge Medical Hospital were she waited approximately seven hours to be assisted.

“They shattered my humerus bone,” Olson said. “They brutalized me. Now I have steel rods in my arm.”

Olson said she is aware students marched to the administration building and presented Provost Harry Hellenbrand with a list of demands that included justice for Olson in the way of getting her medical bills paid, charges being dropped and a written apology from police.

CSUN Police Chief Anne Glavin said no formal charges were ever filed against Olson. She declined to comment on the demands made by the students because the demands were made to Hellenbrand and not to her.

“I am taking legal action,” Olson said. “I have been told by lawyers that I have a clear cut case. I am not doing it because of medical bills but because there’s a bigger principal and I won’t contribute to the normalization of violence.”

Olson said she is proud of the students who took a stand on March 4 and said she believes this shows that students are not apathetic to the budget crisis.

“Students are aware, sensitive and know what to do,” Olson said. “They are not naïve like my generation.”

Olson said she was disappointed with the way media outlets were portraying the students as violent and unruly. Olson declined to comment on University President Jolene Koester’s statement because she has not read it but has heard from others that Koester said some students were not peaceful.

“We are not the bad guys,” Olson said. “The bad guys should be held responsible.”

In two to three weeks Olson, who now calls herself the “bionic woman” because of the steel in her arm, will return to teaching but will have a research assistant help her as it will take her six months to a year for her arm to recover.

As for the future, Olson said March 4 was only the beginning.

“We must continue to organize, have rallies and talk to legislatures,” Olson said.