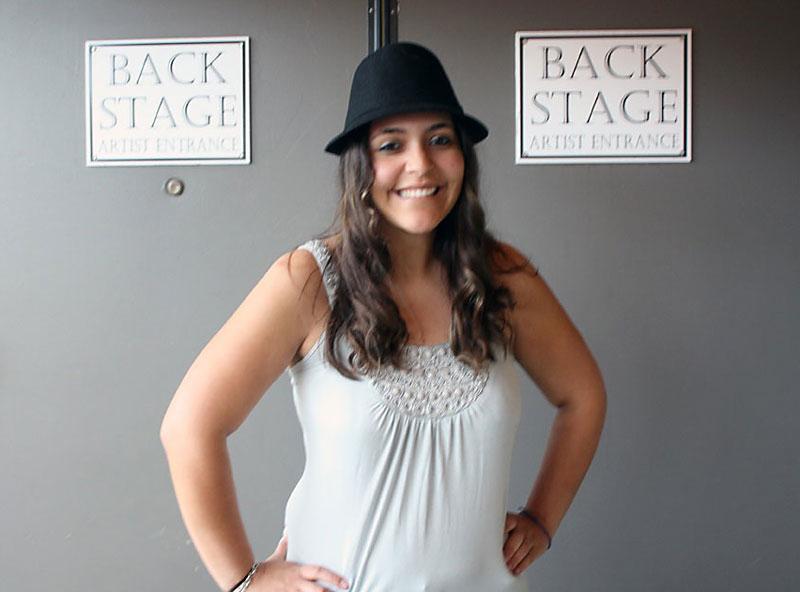 Missy Dominguez' advocacy for restoring civil rights is further demonstrated in her involvement as a director in the CSUN production of The Vagina Monlogues. Photo Credit: Stephanie Bermudez/ Staff Reporter

Ask a college student about his or her favorite interest and most likely you will hear, “music” or “film.” Ask Missy Dominguez what her number one interest is and her answer will always be “civil rights.”

At only 19 years old, Dominguez has plenty to put on her resume.

It was in high school when Missy Dominguez found her passion for civil rights. Shortly after in her first semester at CSUN, Missy Dominguez won the video contest by the National Campaign to Restore Civil Rights for her video “My Voice, Your Choice.” She was only 17 years old at the time.

“The process was simple, it wasn’t even well thought out, I just did whatever came to me, I just thought about my experiences and what I’ve done for civil rights since I consider myself any activist and I did it in one day,” said Dominguez.

Missy’s video tackles homophobia, sexism, and racism all in the span of 1 minute and 19 seconds.

She said the video was all done at her house using her Mac book and her iMovie. “It was kind of unexpected and that’s why I wasn’t expecting to win,” she said.

As her prize for winning the contest, Dominguez was flown out to New York City and sent to different organizations. “I met someone from the American Civil Liberties Union and someone from immigration equality. I also met one of the judges who was on America’s Next Top Model and it was really fun. It was a good trip and I am really fortunate to have gone.”

Dominguez said her main focus right now is LGBTA and women’s rights. “I come upon opportunities to educate people about the LGBTQ community in daily conversations. Although it’s not as big of a method as throwing an event to converse about LGBTQ issues, it’s spreading awareness which I feel is the first step to any movement,” said Dominguez.

Recently Dominguez directed the “Vagina Monologues,” which she describes as play of a series of women talking about stories, some happy, some funny, and some quite a big struggle for them like rape and violence; as part of CSUN’s V- Day, a movement to stop violence against women.

“The main goal was to raise awareness to stop violence against women,” she said. “Our motto is ‘until the violence stops’ so we do the show every year.”

In addition to directing the play, Dominguez is also an establishing member of a sorority here on campus, Gamma Rho Lambda, the first all inclusive queer based sorority.

“That’s basically where I’ve been devoting my time in terms of helping the LBTA community right now,” said Dominguez.

Dominguez said she is excited for the program to grow, “I’m hoping we can grow more in number and in dedicated members in the future. I think we’ve been successful and I think we’re going to set a good foundation for it to be successful for years to come after we leave.”

Dominguez truly believes change needs to happen in our society.

“I find myself talking about social issues often because I genuinely find it interesting. I’m just starting to realize that maybe I am a bit different, or a bit crazy as some people would say. My mom calls me ;rebellious’, my dad ‘revolutionary’. I’m just being me and doing what I feel is right.”