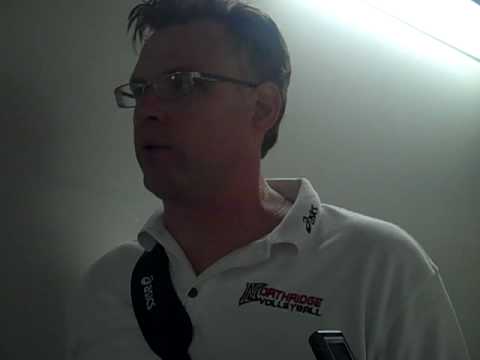 The Matadors dropped the first set but rebounded in the second set jumping out to an 18-10 lead but the Cougars did not go away cutting the Matador advantage to 22-20. Back-to-back kills from Ratajczak stretched the Matador lead back to four at 24-20 putting an end to any hope of a rally by BYU, as CSUN went on to win the set 30-25.

In the third set Northridge got out in front by six at 17-11 but the Cougars responded by outscoring CSUN 19-11 to take a 2-1 set lead.

Unfazed by dropping a tough third set CSUN came out firing in the fourth set exploding to a 23-9 advantage and never looked back, winning the set with ease forcing a deciding fifth set.

The fifth set was back and forth early until the Cougars jumped out to a 7-4 lead. After a timeout by Matador head coach Jeff Campbell, CSUN rallied with a 4-1 run to tie the score at nine. An attack error by BYU on the next point gave the Matadors a 10-9 advantage. The match stayed neck and neck for the next  five points with the score tied at 12, a kill by Ratajczak a point later and back-to-back attack errors by the Cougars gave CSUN the win and put the them in the MPSF championship game on Saturday.