Lion knockout in three: CSUN falls to Penn State in the NCAA Semifinal in straight sets 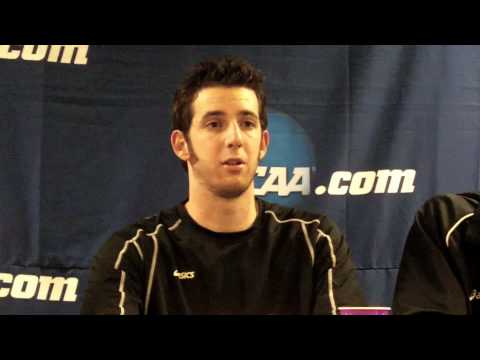 The Matadors first appearance in the NCAA National Semifinal in 17 years ended in three sets as Penn State dominated the Matadors 30-21, 30-23, 30-28 Thursday night at Maples Pavilion.

“We just knew what to expect from each one of their hitters,” Penn State All-American Max Lipsitz said. “I feel like we were at the right place at the right time.”

Penn State took control of the match right from the opening serve, winning the first set in dominating fashion 30-21. Things did not get better for the Matadors in the second set, as the team fell behind 20-16 and were unable to mount a comeback in route to losing the frame 30-23. In the third set Northridge once again fell behind by as many as seven points but fell short with a late rally dropping the third set 30-28.

“As a coach I can sum this up. We looked like we hadn’t been here in 17 years and they looked like they were here every year,” Matador head coach Jeff Campbell said.