CSU Board of Trustees approves fee hike for students 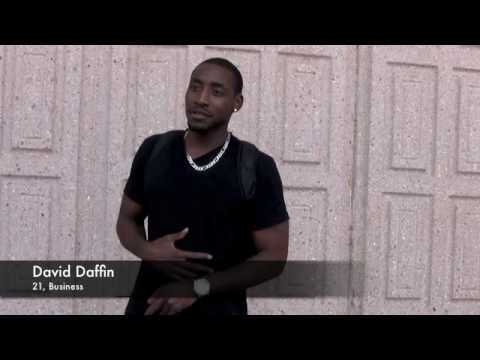 The CSU Board of Trustees approved a five percent increase in undergraduate fees for the 2010-11 academic year, requiring students to pay $204 more than last year.

Board members also voted to increase fees for credential program and graduate students by 10 percent. The decision was rendered in response to current state assembly discussions on the California budget, said Erik Fallis, media relations spokesperson for the CSU system.

The budget committee proposed the CSU receives $305 million in a restoration fund, and an additional $60.6 million for enrollment growth, Fallis said. This money, along with the $50 million generated from a five percent fee increase, would bring totals to $466 million over the 2009-10 budget, but still short of the $480 million goal.

Given that the state budget  is not final yet, the board of trustees committed to re-evaluating their plan in November, Fallis said.

For students attending CSUs, this could mean another fee increase after the fall semester has started.

“If the state doesn’t come through with what’s been proposed, the board will have to decide what steps need to be taken,” Fallis said.

However, CSU officials believe these fee increases  will not affect all students .

Many students  will not pay more due to an increase in state university grants, federal grants, CSU fee waivers and expanded federal tax credits, Fallis said.

“We’ve calculated that close to 45 percent of our students will not actually see the increase because it will be covered in some way,” he said.

But not everyone is as optimistic.

Kim Geron, vice president of the California Faculty Association (CFA), voiced his group’s opposition to fee increases at the CSU board meeting earlier this month.

“What I basically said was that the CFA is against the fee hikes going back to 2003,” Geron said. “We feel like every time they raise fees we move one step farther away from implementing the California Master Plan which calls for affordable, accessible education.”

Fees have gone up 196 percent since 2003, Geron said, adding that in the last couple of years about eight percent of classes were cut.

The CFA thinks this is unfair to students who are paying more but getting less, Geron said. If you don’t get financial aid it’s a huge burden to go to school, he added.

“I think they would argue that they don’t want to raise fees but they have to because the state isn’t fully funding what’s needed in the CSUs,” said Geron, who said he agrees that the CSU needs money, but thinks they haven’t tried hard enough to find other means of funding.

“We just don’t think fee hikes are the solution for California,” Geron said.

“As a matter of CSSA board policy, we have traditionally taken a position opposing fee increases,” said Chris Chavez, incoming president of the CSSA. “With that said we do think we could have taken a bigger loss.”

The original proposal called for a 10 percent increase, Chavez said, adding  they were relieved to hear it would only be five.

“The reason we’re having increases is because of the budget situation,” Chavez said. “Sacramento is handing their responsibilities off to the students.”

The CSSA is talking to leaders in the assembly and working to put pressure on state legislator, he said.

“We’re going to continue to oppose fee increases and we really cannot let up on Sacramento,” Chavez said.

“The reality of the national and state economies and budgets have made such painful decisions necessary,” Koester said in an email statement. “It’s important to note, however, that CSU fees still remain among the lowest for comparable institutions nationwide.”