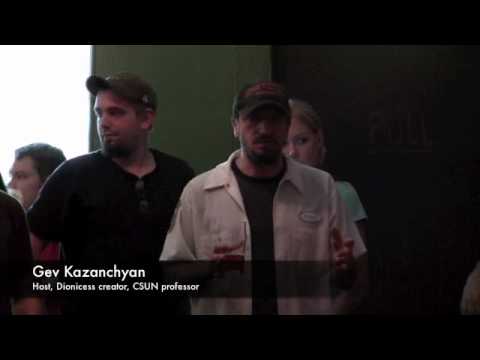 Gevork Kazanchyan, part-time professor in the Department of Environmental and Occupational Health, gathered along with others at Tony’s Darts Away in Burbank to enjoy an array of beers, sausages and fries.

Kazanchyan was working. He hosted Dionicess, an event he created about two years ago that raises money for different charities.

“I organize these type of events in order to allow people to have a great time with great pairings of food and beverages while creating value, which will support great causes,” Kazanchyan said.

Dionicess VI was held on June 27 and all the proceeds of the event where donated to the Real Medicine Foundation. Those in attendance savored five unique pairings of food with five different types of beer from Firestone Walker Brewing Company.

The Firestone Walker Brewing Company donated kegs of beer used during the event and donated $1 to $2 from the profits for any beer sold throughout the day and after the event, Kazanchyan said. The beer, sausage and fries event was the sixth event Kazanchyan has organized. Tickets for the event were sold for $35.

Kazanchyan’s goal was not only to raise money but also to create the least amount of waste, making the event sustainable.

Martina C. Fuchs is the founder and chief executive officer of the Real Medicine Foundation headquartered in Los Angeles, Calif.

“The funds collected from today will go directly to projects in Armenia,” Fuchs said.

Fuchs said she started the foundation after helping in Sri Lanka in 2004 after the tsunami devastated the area.

“I noticed that aid was only given for a certain amount of time and then such groups would leave,” Fuchs said. “I realized that communities in need have to have a type of permanent aid and these realizations inspired me to take further action.”

In 2005, Fuchs founded the Real Medicine Foundation, which provides medical and emotional help to those in need whether it’s due to natural disasters, wars, or poverty.

Allison Glennon, the project coordinator for the Real Medicine Foundation, was also in attendance.

“We believe in empowering the local community wherever we go, if we can help one person, that same person will hopefully help the rest of his or her community,” Glennon said.

“In the Real Medicine Foundation, we have the mentality that once we visit a community, we stay start to finish because there needs to be a field presence,” Glennon said.

A check was presented to Fuchs at Dionicess VI.

“Including the check presented to Martina plus tips, additional donations and whatever beer gets sold tonight, we’re looking at $1,600 and counting,” Kazanchyan said. “This event was probably one of the most successful and easiest one to organize, everyone was so willing.”