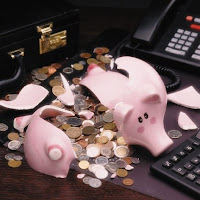 A recent panel , here at the CSUN Sierra Center, Five experts in the fields of finance, debt management, job recruitment, temporary recruitment, and entrepreneurship were at hand to discuss their views about the economy and what it takes to survive the current downturn.

The panelists had money management tips, something that we have not really discussed here on our blog, laid out what the job market is like now, and addressed the main and most important question: should we be scared of the state of the economy.

One of the panelists, Gregorio Alcantar, a CSUN financial aid and debt management counselor, offered advice about saving money. He also discussed how to avoid credit card debt. Some of the tips he gave out seemed very simple and almost obvious. Here is a list of some of the best ways to maximize your income:

1. Maximize incomes from all sources
2. Minimize expenses
3. Control liabilities – eliminate liabilities and limit or eliminate borrowing of any kind
4. Invest in appreciating (or at least neutral) assets only
5. Protect the values of your assets
(From freemoneyfinance.com)

The next prominent question that was asked by many business students in the crowd was about the amount of jobs in the market. This is the leading topic for our next feature story. According to Laura Peterson, a Division Director for Office Team, the “job market is harder (to penetrate) now making it even more competitive; people have to be more flexible, experience and education are vital, and you have to start accepting lower wages than you are used to.”

Peterson also added that graduating seniors must look into fields that are expanding such as health care agencies, manufacturing, and technology. Many students also benefit from looking for jobs on networking platforms. Websites such as LinkedIn, Myspace and Facebook are already networking tools for young people. These social networking sites now allow students to share their resumes and should be viewed as an important resource when looking for the first jobs.

Even students with art degrees can find a job in health care agencies, said Scott Tusunda a Senior Recruiter in the Office of Human Resources, by working with their advertisement departments that promote that institution. Recent grads need to think outside of their dream job and start catering their degrees in ways that are appealing to growing industries.

October beingwas the worst month of total unemployment in 12 years. With that in mind, there is no doubt that many graduates are worried about their job future. Will there be any jobs left for them? Tusunda, who screens hundreds of job applications says that the best applicants are always the ones who have a straight forward resume. He added that it is very important to be well-informed during job interviews.

Working Through the Crisis 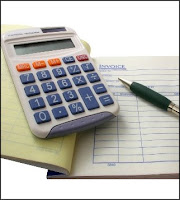 Another question asked during the panel was “Should we be worried?”

Dr. M. Monica (Her) Hussein, an associate professor in the Department of Finance and the Director of the Business Honors Program in the College of Business and Economics, said that times such as these are cyclical.

It is true that in our generation we have not seen times such as these, which can explain the sudden scare that we are experiencing, but according to Dr. Hussein this is part of a cycle that has been occurring for years now.

“A cycle has a peak aimed toward expansion, and from the 1990-2000, we saw a growth in the economy,” said Dr. Hussein. “When you hit the peak, the tech bubble bursts. We start contracting and we go into a recession.”

She explained that in early 2000 economists were worried about the economic future about the US. Then the unexpected happened: 9/11. The terrorist attacks caused devastating losses on the stock market and damaged the financial systems around the world. This event pushed the economy through the bottom.

The Hype Cycle presented by Gartner Inc. shows the waves in which recessions occur and when the economy reaches the peak of its profits. Dr. Hussein expects students and graduates to be wise with their money.

Overall, the best we can do is creating a budget and sticking to it. It is also important that we become more competitive in the job market.

Other Resources for Financial Planning:

The National Endowment for Financial Education, NEFE, has both low cost and free of charge online workshops and tips for investment strategies and financial planning.