One of my favorite pairs of underwear is recycled underwear. 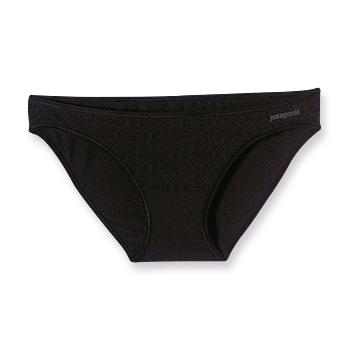 Over the summer, I bought a pair of panties for around 20 dollars and they used to belong to someone else.

Before you give me a look of disgust, I’m not sure if someone else previously owned them, but that could be the case.

I bought Patagonia women’s barely bikini at their store in Pasadena. (For the bikini wearers out there- it is a newer lighter and cuter design to seamless undergarments.) The only reason that I say it could be someone else’s is because it is part of Patagonia’s Common Threads Program.

The program takes old polyester garments and recycles them into new designed garments. About 73 percent of my panties were made from someone else’s shirt, bra, pants or panties- or all of them, according to the store’s website.

At first, I winced at the fact that I was paying that much money for underwear, let alone recycled underwear. I thought I was crazy for even contemplating purchasing someone else’s used duds.  But after hearing all of the testimonials from other customers and seeing the recycled garments fly off the shelves, I knew I needed to buy a pair to see for myself.

But after got home, it still bothered me. I was going to put something so close to my skin that was made up of other’s clothes and maybe even someone else’s underwear. That alone was enough for me to contemplate my recent purchase.

I wasn’t about to return underwear (that’s gross), but then again these were made from a strangers warn garments. So I did some research.

Patagonia’s Common Threads Program breaks down garments to their initial fiber of fabric and then those fibers are woven into a new fabric, said the customer service representative and then they ensured that there is no trace of past lives or owners in the new garments.

So there you have it.  Although 20 dollars seems a bit pricey for underwear, I love my recycled panties. They are seamless, comfy and so soft. They are still in great condition and I hope they last a long time before I have to send them to Patagonia- to be made someone else’s underwear, maybe?