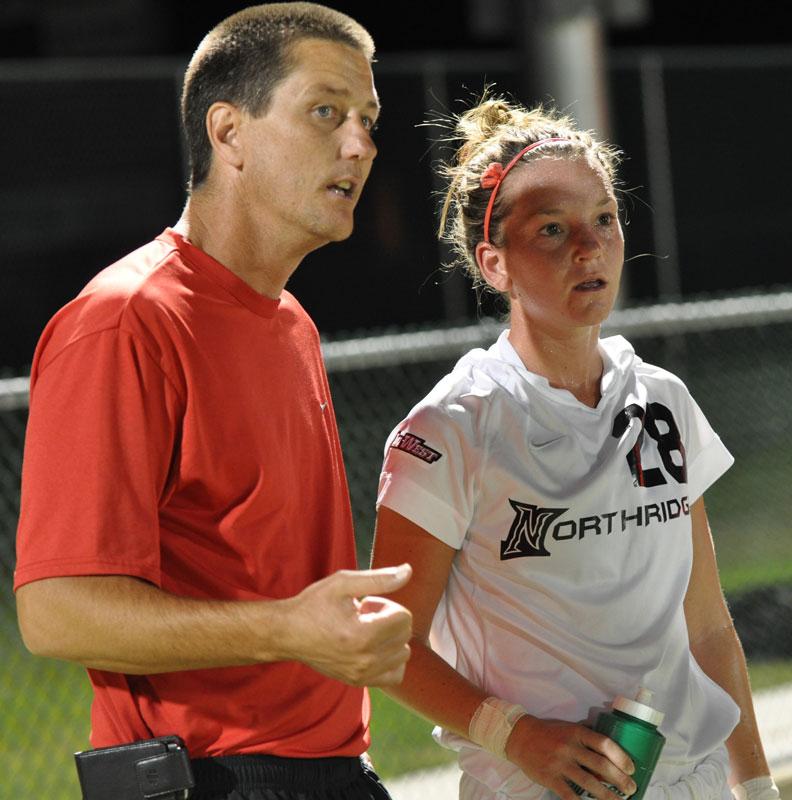 The CSUN women’s soccer team (3-3) battled through two overtimes and ultimately held on to defeat Kansas (2-4), for the first time in school history, in a 1-0 victory during the UNLV Tournament.

Senior Farryn Townley scored the game-winning goal in the 102 minute of the game with an assist from Brielle Slepicoff from three yards out. For Slepicoff, it marks her first assist of the season while Townley leads the team with three goals on the year.

The game got off to an intense offensive start with both teams getting to the net and almost placing goals. Just 43 seconds into the game, Kansas junior midfielder Emily Cressy took a shot at the net but the ball went wide to the right. Then in the fifth minute, CSUN sophomore forward Melissa Fernandez took a shot on goal that went wide to the left.

After the early opportunities for both teams, the Jayhawks began to strike at the Matador net. In the ninth minute of the game freshman forward Caroline Kastor took two shots, with one blocked and the other wide. Following her attack, teammate sophomore forward Whitney Berry got in on the action with a shot on goal in the 11th minute that was saved by CSUN sophomore goalkeeper Cynthia Jacobo.

The game would go back and forth with each team receiving quality chances but neither making a goal until the second overtime.

The game turned out to be a physical one, with CSUN being tacked with 11 fouls, including a yellow card issued to Slepicoff for a tackle made in the second half of regulation. Kansas finished the game with six fouls.

Goalkeeper Cynthia Jacobo is also making news with her eighth career win, making it the sixth most in CSUN history for a continuing goalie.