Resident Advisor job has many benefits 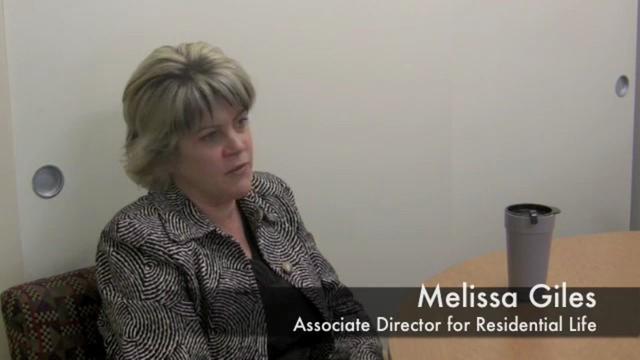 Originally from South Africa, Procida, 24, has been a R.A. for two years.

The biology major says living in student housing is a great experience, especially at CSUN.

“[CSUN] really teaches you a lot about people because this college is so diverse, especially the resident’s life halls,” said Procida. “It teaches people to kind of get along with people that they never thought they would ever get along with.”

Procida supervises newer R.A.s during the summer where they are trained for three weeks before fall semester starts.

Outside Pacific Willow Hall, Procida goes through his routine as a resident advisor.

During the week, R.A.s have 12-hour shifts, but on the weekends they’re on call 24-hours a day.

Procida says he makes his rounds, checking the fire sprinklers and listening for any unruly parties in the dorm rooms.

Don’t be fooled though. R.A.s aren’t there to be party poopers.

“An R.A. can really help students develop their leadership skills because of the way the R.A.s run their floors here at CSUN,” she says. “They’re not sort of like the dictator or the center of attention on the floor. They actually run the floor like a true community where the floor gets to have some input into the rules.”

She says students living in the dorms can feel like they’re in a small community, even on such a large campus like CSUN.

Nestled comfortably in the north part of campus, the dorms look more like upscale apartments.

Within these art deco buildings, spacious bedrooms and full kitchens make dorms at other schools look like army barracks.

The aesthetics of student housing aren’t the only benefits.

“People do watch out for each other and take care of each other here,” says Giles. “There’s additional safety that you don’t have in off-campus apartments.”

New college students also have a chance to participate in meetings within their communities, which provides a unique opportunity.

“I think it’s hard to break into leadership opportunities especially when you’re a freshman, but here in housing we have Residence Halls Association, which is like our umbrella student government for housing,” she says.

Giles encourages students’ active involvement while living on campus and not to hide out in their apartments for four years.

Procida says being a resident advisor has changed his life and that student housing will change other students’ lives as well.

“I think it really opens up your mind, and it’s really a great experience. I would recommend it to anybody,” he says.