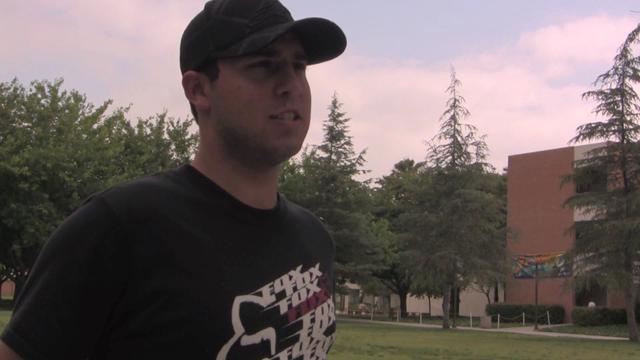 An even larger proposed budget cut is anticipated for the entire CSU system.

The original planned budget reductions, which would have fallen just below the $100 million mark, could now reach as high as $400 to $700 million.

For CSUN, this large discrepancy would mean cuts of up to $49 million, far from the first figures of just under $7 million.

“California is dealing with a budget shortage of more than $24 billion. A financial meltdown,” said Erik Fallis, the media relations specialist at the CSU chancellor’s office. “As a consequence, the CSU is facing an unprecedented cut in state support.”

Unprecedented is the key word in these latest figures. When Gov. Schwarzenegger announced the first proposals in 2008, CSUN had already pooled money in reserves in preparation for this type of situation, said Harry Hellenbrand, CSUN’s provost and vice president for academic affairs.

According to CSUN’s budget update web site, if the CSU budget for the upcoming year is cut by approximately $600 million, all campuses will have to reduce their incoming students by 40,000 instead of the projected 10,000.

While tuition increases and class reductions are obvious, other solutions to curtail the budget aren’t definitive.

With these new hurtles, CSUN may have to resort to measures such as furloughs, which would require some staff to take mandatory unpaid days off. In a ecent statement sent to the entire CSU Academic Senate by Professor Steven Stepanek, department chair of computer science, this could mean 20 furlough days for academic year employees. This would equal out to two days per month.

These proposals, along with pay reductions, are stated in changes to Title 5 of the California Code of Regulations, which addresses education and funding.
Maggie Stoicof and Nicole Martin, both psychology majors, said this could only bring disorder to CSUN life.

“When students need to reach out to different departments and they close down mandatory every Friday, or whatever it might be that they do, I don’t think that could bring any good,” said Stoicof.

Martin said furloughs could make it harder for students to access resources.

“Everyone’s going to have to go to that department all at the same time, so it’s just going to be more lines, more getting redirected somewhere else because of so many cutbacks,” she said.

Some students say they haven’t felt the effects of the budget cuts yet, although they are worried about their futures at CSUN.

“I’m not worried right now, but I’m sure I will be,” said Lawrence Truong, 25, who is a finance major. “We’re trying to graduate on time, and if classes aren’t offered we’re not going to be able to. I definitely think it’s going to be a problem.”

This concern is one of the most talked about among students. Fewer classes mean a smaller window to complete requirements.

Stoicof and Martin were lucky to get into a course this summer. They needed it as a prerequisite for another core class, which determined their fall graduation plans.

“They’re only offering one class the entire summer. So, if we didn’t make it in we wouldn’t be able to do it,” said Stoicof.

They both would have had to settle for a spring graduation if the class wasn’t offered at all.

Now, they have to worry about fall classes, Stoicof said.

Students like Jay Alonzo, Dennis Curtis and Jose Cardono all came to CSUN to take summer classes because nearby community colleges have cut their entire summer curriculum.

Alonzo, 18, said he didn’t want to take summer classes at CSUN because of the price, but he didn’t have a choice.

Right now, there are no definite answers for students, said Fallis. The CSU is subject to the state senate, which has yet to figure out the 2009-2010 budget for California.

“The CSU has a number of bargaining units,” said Fallis. “These types of decisions are going to have to be made over the next month or so as we find out what the size of the actual cut is.”

The CSU Board of Trustees will meet July 21 to discuss these options further, but the fate of the university rests on the state’s final budget decision.