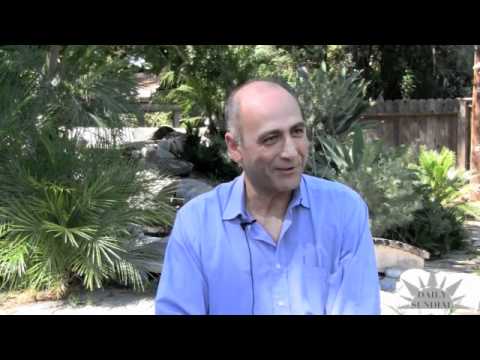 There are many facets to Sol Shaolian’s life, but the one that seems to define him most is his ability to multi-task.

Multi-tasking can explain how he has accomplished many of his long-list of accomplishments, including becoming a college professor, licensed hynotherapist, and owner of two successful businesses.  While some are overwhelmed when multiple goals are in their path, Shaolian seems to cheerfully invite them into his life.

Although this self-described “Jack of all trades, and master of none” has lived in the San Fernando Valley most of his adult life, his thick accent is a clue that this wasn’t always his home.

Born in Tehran, Iran, Shaolian decided to move to the United States in December of 1975 to pursue an education.

“Everybody wanted to come to the United States!” he said.  “Even today, everyone wants to come here.”

Shortly after arriving in the U.S., he became an engineering student at CSUN.  During this time, he lived with two friends from Iran, and it was with these roommates that Shaolian was first featured in the Daily Sundial.  The story was titled, “The Three Musketeers From Iran” and it pictured a fresh-faced and afro-haired Shaolian and his friends.

After getting his Bachelor’s degree, he continued his academic career at the school and went on to receive a master’s degree in civil structure engineering three years later.  While still taking engineering classes, Shaolian was offered the position of Engineering professor at CSUN, and he took the plunge, despite having little experience in teaching before, he said.

“It just came naturally to me,” he said, almost in disbelief. “When you teach, you learn the stuff much better yourself. You see the same topic from different angles, and it really helps.”

His quick transition from student to teacher meant he was teaching courses that he had learned only a few semesters before, meaning the material was fresh in his mind.

Shaolian’s ties to CSUN run deep, being an alumnus, a former professor, and now, having one of his sons studying in the engineering department.

While working as a professor, Shaolian began to work for different engineers and establishments, including the Department of Water & Power, where he worked as a design engineer.

In 1987, he decided to take the step that all entrepreneurs dream of; he opened up his own construction company.

With his southern California business called SKS, he started out with seismic retrofitting projects, in which buildings are reinforced to make them more resistant to earthquakes.  He built up clients over time, but it was a natural disaster that brought a sudden influx of business in, he said. Shaolian was in one of the few professions that benefited from the 1994 earthquake, he said.

“It’s kind of ironic to have an earthquake for a business to become good, but that’s what happens,” Shaolian said.

For a while, Shaolian spent his time between his SKS construction company in Northridge, and a second company he started up in Northern California called B.A.S.E.C. (Bay Area Seismic Engineering and Construction).  It meant flying back and forth nearly every week to maintain both businesses, but once again, Shaolian was up to the multi-tasking challenge.

He eventually sold B.A.S.E.C., and now his construction is focused on SKS, which he runs from an office in his family’s home that he designed himself in 2000.

Being the go-getter that he is, Shaolian still had a major goal that he wanted to accomplish.

“For some reason, I’ve always had this idea.  I think everybody does- everybody wants to open a restaurant at some point in their life,” he said.

Shaolian and his wife own and operate Kosher Chicks, a Glatt-Kosher restaurant located in Tarzana, whose primary focus is on fresh and natural ingredients.

“When we opened it up, we decided that we were just going to serve the same kind of food that we would feed our children at home,” Shaolian said.

It’s truly a family business. While Shaolian does most of the accounting, his wife runs the establishment, with his son stopping in occasionally to help out.