DJ Muggs and Bambu collaborate on a mixtape project 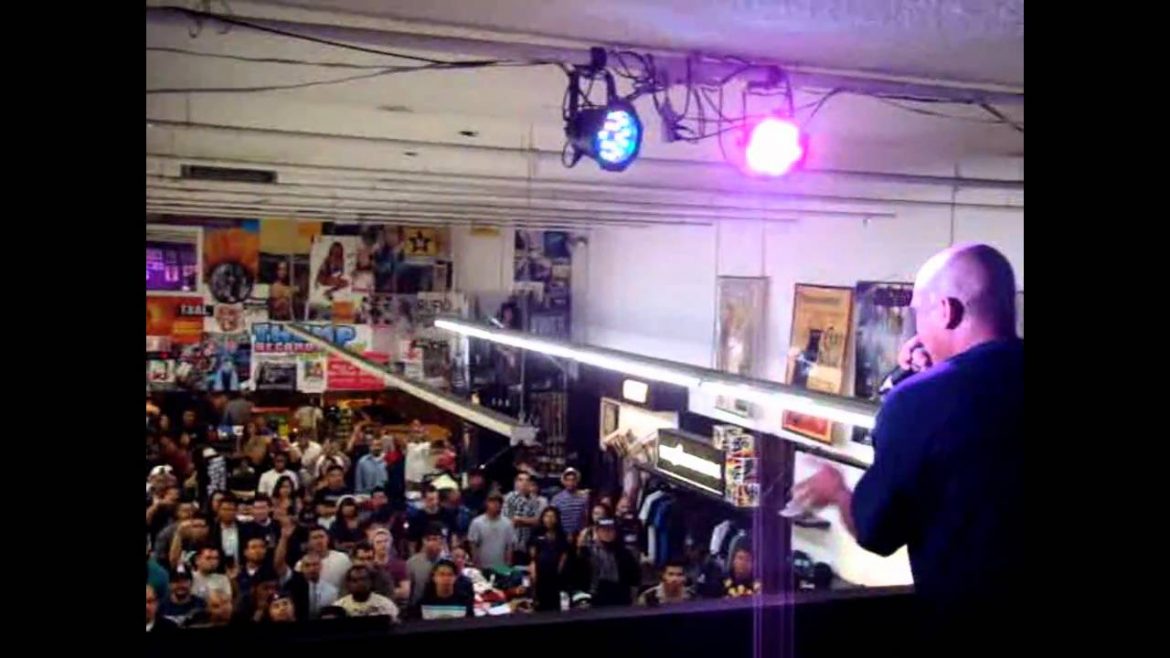 DJ Muggs and Bambu celebrated the official release of the “Los Angeles, Philippines” mixtape with a live performance at Backside Records Friday in Burbank.

After a quick session by Muggs, Bambu took the stage. He performed a wide range of songs, including some older hits and new songs off the mixtape.

DJ Muggs is one of the most respected DJs and producers in hip hop. He is commonly recognized for his work as a member of Cypress Hill alongside B-Real and Sen Dog. He achieved four platinum albums and produced hit singles like “Dr. Greenthumb,” “Rock Superstar” and “Insane in the Brain.”

He has also worked with some of the biggest names in hip hop, including Ice Cube and Dr. Dre. His hit singles include Ice Cube’s “Check Yo Self” and House of Pain’s “Jump Around” which is still a staple at house parties and clubs.

Now, he has teamed up with Bambu, a L. A. resident from Watts, to create the Soul Assassins “Los Angeles, Philippines” mixtape, which showcases Bambu’s raw lyrical talent to compliment DJ Muggs’ well-known abilities as a producer.

For Bambu, a part of the L.A. hip hop underground scene, the mixtape and performance were an opportunity to work with a legend.

Bambu released his first solo album “self untitled…” in 2002 and has used his music as a tool for social change.

Bambu has songs like “Smoke Smarter” and “Pow Wow Drums,” which deliver strong messages about issues that are prominent throughout the community.

In “Smoke Smarter,” Bambu advocates the importance of balance in everything in life, including the use of marijuana. He doesn’t say marijuana itself is bad, just that it can become a vice if it evolves into too high of a priority and deters you from your goals and responsibilities.

“Pow Wow Drums” deals with the controversial SB 1070 immigration law that was recently passed in Arizona.