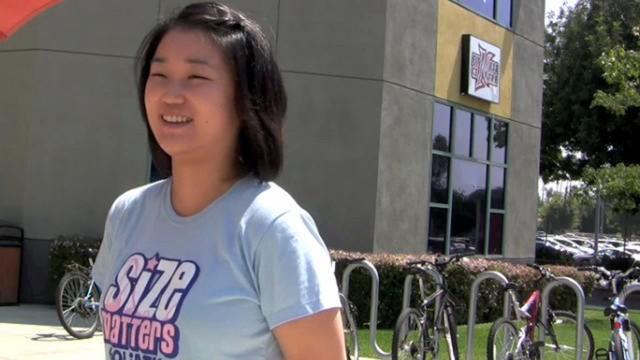 The growling of unhappy bellies is sometimes the result of busy lives and people on the go. Some people can get so caught up with their busy schedules that they forget to eat or will just grab something that is fast and easy. And, fast food is not the only option. Supplemental bars and drinks have become popular but are they sufficient enough?

Jennifer Stoyner, a licensed dietician, says she thinks people use and like the supplemental bars and drinks because of their “marketing appeal” and they “associate those things with being healthy.”

CSUN grad student Joel Torres, 30, says his sister works at GNC (General Nutrition Center) and “She is into nutrition and has told [him] that they’re not that good for you and they’re just loaded with lots of calories.” And, Joseph Antosh, an instructor/recruiter for the reserve officer training agrees saying, “I don’t think that any of those bars are all that good and they’re high in sugar” and adds “They’re a little bit too expensive and I don’t think it’s anything better you’re going to get out of food if you shop right.”

However, Stoyner says “I do think they can actually be beneficial for some people because there’s a lot of research in the obese population for example where their results of weight loss was actually much greater” with the appropriate intake of these bars and says “I’m actually an advocate for some bars and drinks.” And, Robert Farag from Max Muscle feels it is wise for people to consume these products especially “If you don’t have time to eat.”

Joe Ireland, a 39 year-old CSUN grad student says he is “cost conscious” and does consume these bars and drinks and when choosing between them he says, “I just see what’s the most protein per dollar that I could get.” Stoyner says buyers need to “look at the saturated fat portion because certain bars tend to add a lot to it” and it can into “dangerous levels where people think they’re healthy but people then have heart disease because they have a lot more saturated fat than they think.” In choosing bars and drinks, Stoyner says people should look for bars that are “low in saturated fat with eight to 10 grams of protein but 10 if it is replacing a meal and four to five grams of fiber.”

As an alternative, Stoyner says “You can never go wrong with say whole grain cereal with low-fat milk and berries or a turkey sandwich on a whole wheat bun” and adds people just need to look for “something that has healthy protein in it like turkey or tuna, low-fat dairy products along with a healthy complex carbohydrates.”

Knowing what to look for on the label can ease people’s minds, especially those who feel like supplemental bars and drinks is the lazy way to go. For example, 22 year-old CSUN student, Jinhee Yoon says, “When I feel I need sugar and I need to eat a meal but don’t feel like cooking or going out, I just eat them” just like Ireland who shared, “It’s just laziness on my part” and sometimes “for me, it’s like milkshake or fast food?”

Besides the obvious healthy snacks and foods like fruit and crackers, people can rest assure when they look twice at these bars and drinks and know that it is okay as long as they meet the proper requirements and read the labels.