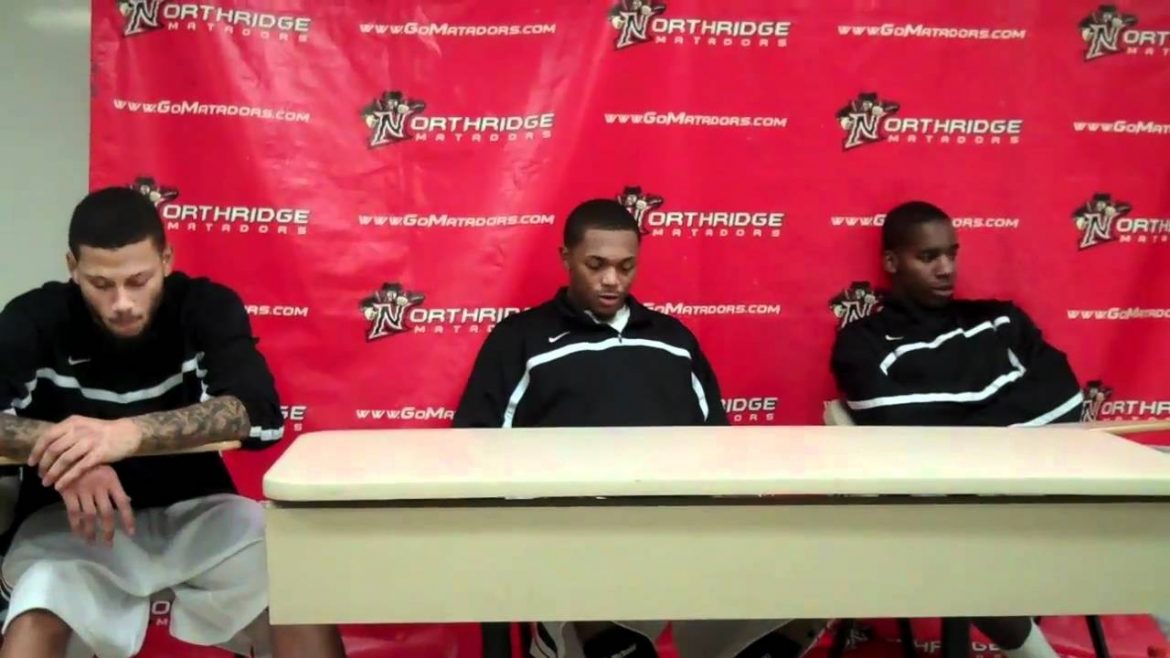 A three-game losing streak, where Cal State Northridge lost at the buzzer to Cal State Bakersfield, got crushed by 20 points at home against Santa Clara, and now a second half collapse to start Big West play has a few Matador seniors frustrated.

An often laid-back Rashaun McLemore finally showed emotion and the normally talkative Lenny Daniel was lost for words after CSUN relinquished a second half 10-point lead en route to a 74-64 defeat against Pacific Tuesday night at the Matadome.

In a post-game interview senior guard McLemore was bothered after being asked if the veterans’ saddened attitudes could rub off on the freshmen Matadors.

“We just lost, we lost the game, of course our heads are down… our heads aren’t down,” said an uncertain McLemore. “But we are going to feel some type of way about it. We can’t worry about that and just come into practice and get ready for UC Davis on Thursday.”

Forward Daniel’s body language said more than his words, as he sat slouchy in his chair with a disgruntled look.

“I’m just mad. We lost a game we shouldn’t have lost,” said Daniel, after the Matadors allowed Pacific to score 30 points in the paint and 20 second chance points.

Both McLemore and Daniel admitted Northridge gave up after the lead evaporated and saw Pacific hit 11-of-20 three-pointers.

After the interview, McLemore released a yell of frustration, “dang man,” he said. However, quickly regained his composure and began giving words of encouragement to Daniel, who was apologizing to reporters for his disinterest in the interview, and senior point guard Dathan Lyles.

McLemore, Daniel, and Lyles all arrived at CSUN last year from junior colleges with hopes of leading the Matadors to another NCAA Tournament appearance, but after a dismal 2009-10 season and 3-9 start this year, the seniors’ goal continues to get tougher to achieve.

“These guys are junior college guys that get a two year shot at it. There’s a sense of urgency that they know this is their last opportunity,” said Braswell, who has been coaching at CSUN for 15 years. “They know this is their legacy that is at stake here. I told them things can change really quickly. You get a win and all of sudden things change the way you see yourself, the way you see things.”

Unlike the players, Braswell was pleased with the team’s effort against their Big West nemesis.

“We were on the verge of getting this done tonight and I’m proud of them for that. We need to find a way to finish,” Braswell said about the Matadors, who had a 43-33 lead in the second half, before allowing Pacific to take control with a 14-0 run. “I’m not distraught; I’m not mad, angry. We were on the verge. I know what this team is capable of; we just need to turn the corner.”

Braswell was disappointed to see his team fall apart after Jose Rivera, who scored a career-high 18 points, and the Tigers knocked down numerous 3-pointers.

“I wouldn’t say we gave up, I thought it affected us mentality. Our heads dropped a little bit when they hit some shots,” Braswell said.

The bright side for the Matadors is they only have one day to think about the meltdown as they continue Big West play against UC Davis Thursday night at home.

“It’s a tough loss. You don’t have a lot of time to cry about it,” Braswell said.