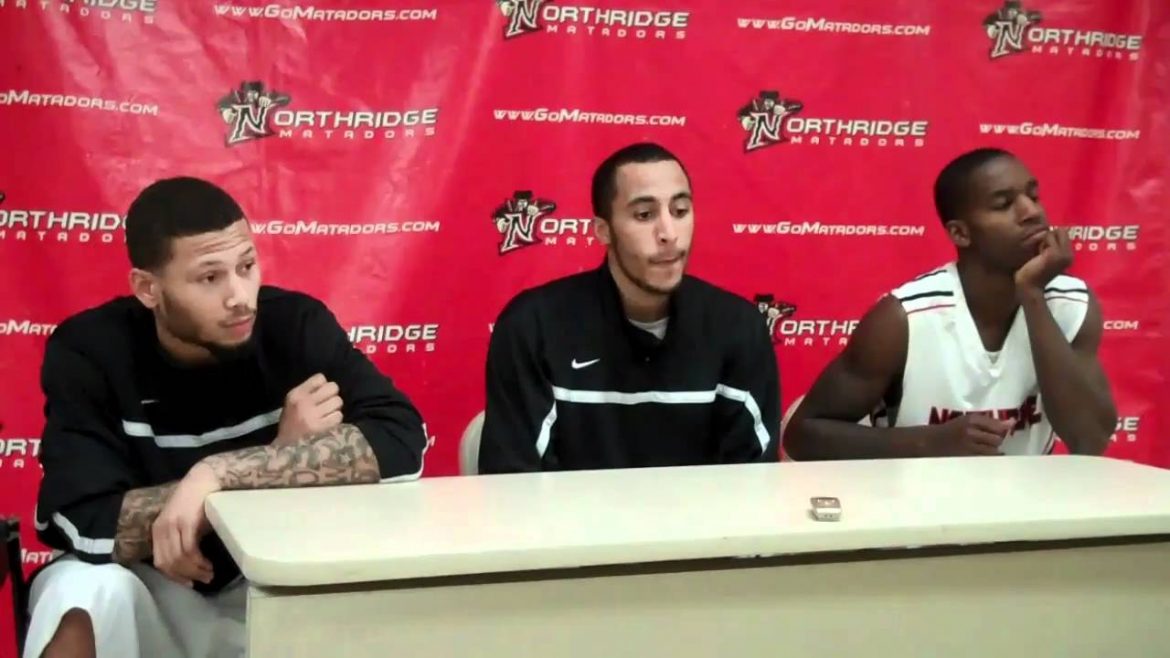 Two days removed from the second half meltdown against Pacific, Cal State Northridge bounced back against UC Davis, as the Matadors were all smiles and laughs in their 87-81 victory over the Aggies at the Matadome Thursday night in Big West play.

“I feel like running laps. I’m talking more today,” said a delighted Lenny Daniel, referring to his post-game interview after the Pacific loss, where he didn’t talk much due to frustration.

Similar to the game against the Tigers, the Matadors (4-9, 1-1) had a double-digit lead in the second half and let the Aggies (6-8, 1-1) back into the game as UC Davis cut the once 16-point advantage down to five with one minute and seven seconds left in regulation, but this time CSUN made sure to close it out with clutch free throws and snapping a three-game losing streak.

“Davis is a good team, so you know they are going to make a run at the end, but we held our ground and guys stepped up and played good defense all night. It feels good to get a win, it really does,” said senior forward Daniel, who recorded his sixth double-double of the season with 18 points and 10 rebounds.

Another Matador, who was frustrated after the Pacific loss was Rashaun McLemore, who stepped up in a big way.

With many NBA scouts present to observe the Aggies’ 6-foot-8 guard Mark Payne, McLemore was the one with the better game as he collected a career-tying 24 points and seven rebounds.

The Matadors, who picked up their first Big West victory of the year, had many defenders on Payne, but it was freshman Allen Jiles IV who caused the most trouble for the Big West’s active career points leader.

“We put Jiles on (Payne) and I thought Allen Jiles did a great job on him. Jiles wanted to guard him even though he (Payne) is about two or three inches taller than Jiles,” said CSUN head coach Bobby Braswell about the matchup against Payne, who scored 19 points. (Jiles) did a great job being more physical with (Payne) and not letting him get the ball where he wanted to get the ball.”

Jiles wasn’t the only freshman Matador to contribute.

At the 13:12 mark of the second period, freshman Josh Green entered the game with CSUN holding on to an eight-point advantage. Greene, who scored eight points in five minutes, gave Northridge a spark of the bench as the lead grew to 14 points with him in the lineup.

“He probably had the most productive five minutes of his life tonight,” Braswell said. “He took advantage of his moment and that’s going to earn him some more moments when you make plays like that.”

One of Northridge’s issues all season long has been finding consistency from its players not named Daniel and McLemore.

“We need to keep working and when Rashaun (McLemore) is attacking the paint and Lenny (Daniel) is in the inside later on they don’t pay attention to us and we just have to keep our confidence and knock down shots because we are going to get open looks,” senior guard Cody said.

CSUN will need another team effort against Long Beach State, who is 2-0 in Big West play, as the Matadors head to the Pyramid to face the 49ers on Wednesday night.