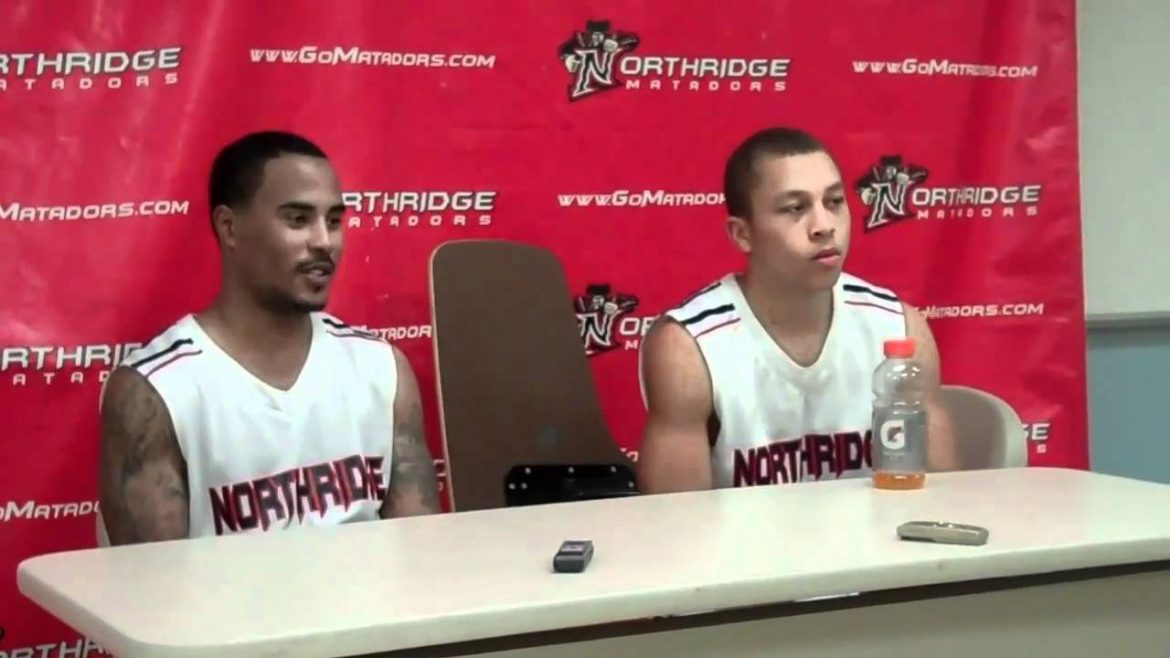 During the winter break, the Cal State Northridge men’s basketball team posted a disappointing 3-7 record, where they questioned the head coach’s game plan at times and gave up multiple second half leads, but have gained some momentum by playing its best defense of the season in the last five games, which have moved them to a fourth place tie in the Big West Conference.

Recently, the Matadors (6-13, 3-3 Big West) had one of their best wins of the season after beating Big West opponent Cal Poly 80-65 at the Matadome Saturday in a game televised on Fox Sports Prime Ticket.

The Mustangs entered the game leading the nation in defending the three-point line ranked 10th in scoring defense, but the Matadors were the first team to score more than 73 points on Cal Poly this season.

Even though CSUN’s offense played a major role in the victory, the Matador defense, which hasn’t allowed opponents to score more than 75 points in the last five games, was just as impressive.

Matador head coach Bobby Braswell has incorporated the “five points and one offensive rebound rule” in the last three games, which means if the lineup on the court gives up five points or an offensive rebound, Braswell will bench all five players and put in a different unit.

“That (rule) is getting everybody focused and with (Braswell) subbing five (players) like that, it’s keeping us focused and playing hard defense,” said guard Vinnie McGhee, who scored a season-high 20 points against Cal Poly.

After losing to UC Riverside – snapping the Matadors’ 12-game winning streak over the Highlanders – on Jan. 13, Braswell became displeased with the players’ defensive effort.

Braswell implemented a defense-first mentality after realizing the Matadors were ranked dead last in points allowed in the conference at the time.

“We went over our league statistics yesterday and we showed them that we were last in every defensive category, which for years we have always dominated, and as long as I was coaching here we weren’t going to live like that,” said Braswell after CSUN defeated Cal State Fullerton, 89-65, on Jan. 15.

The Matadors responded to their coach’s defensive challenge by holding the Titans to 36.5 percent shooting from the field.

“He made us play defense or else you’re sitting,” said McGhee about what Braswell told the team before the Fullerton game. “Nobody was trying to come out the game, so we had to lock up.”

In that game, CSUN received contributions from its freshman players such as Aqeel Quinn, who had a career-high 11 points against the Titans, and Josh Greene.

Greene has provided a spark for the Matadors off the bench with his warrior-like passion on the court. He scored 14 points against Cal Poly, and had a career-high 17 versus UC Riverside.

Earlier in the year, CSUN didn’t get much contribution from the first-year Matadors and had to rely heavily on its dynamic duo of Lenny Daniel and Rashaun McLemore, who sat out the games against Cal Poly and Seattle University due to a knee strain.

Now the Matadors are getting consistent help from veterans like McGhee, Dathan Lyles and Raymond Cody.

Despite the recent success, things became sour for Northridge when players disagreed with Braswell’s decision to play zone defense against Long Beach State, who had four players score 15 points or more.

“I feel like personally (playing) man-to-man I don’t think they wouldn’t have (scored) as much,” said Lyles after CSUN lost, 85-71, to the 49ers on the road on Jan. 5. “We played zone and they capitalized and they hit their wide open shots.”

Braswell didn’t agree with his players questioning the game plan against the 49ers.

Another bad game for the Matadors during the winter break was at home against Pacific to open Big West play. CSUN relinquished a second half 10-point lead in the 74-64 loss on Dec. 28.

In a post-game interview, Matador seniors Daniel and McLemore revealed their frustrations and said Northridge gave up after the lead evaporated and saw Pacific hit 11-of-20 three-pointers.

CSUN was able to bounce back against UC Davis on Dec. 30, where they snapped a three-game losing streak.

The Matadors lost to Seattle twice, once on the road and the other at home (Jan. 8 and Jan. 19, respectively). The Matadors also fell at home to Santa Clara (Dec. 22) and lost to Cal State Bakersfield on a buzzer-beater on the road (Dec. 18).

CSUN’s next game will be on the road Thursday at UC Irvine where it will try for its first road win of the season and second consecutive victory.