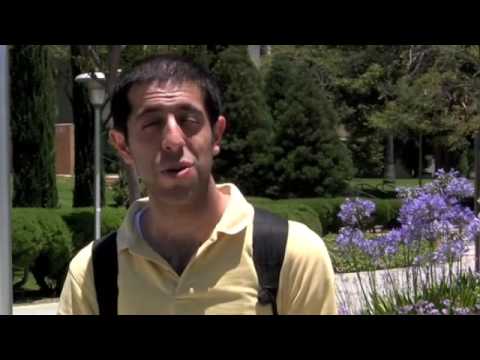 Michael Jackson. Say this name anywhere in the world and people know whom you are talking about. That says a lot.

Michael Jackson was pronounced dead at 50 years old on June 25, 2009 and his death has impacted people all around the globe including CSUN’s campus. Students share their initial reaction to the news and many were in disbelief and had to see it themselves for it to really sink in. And, for some it still has not.

Kinesiology major Dorian Dorsey explains how in his heart Michael is not dead and is still in shock. Benjamin Imanuel, accounting and finance major, said, “It actually brought a tear to my eye” as he heard the news. Imanuel who grew up in Iran said he remembers when ‘Thriller’ came out and still has all of Michael’s old music.

Jackson’s death has not just impacted the youth of today but people of all ages especially since Michael started at such a young age. Jermanie Rice who is majoring in nursing said, “My mom grew up loving him” adding “She had the jacket, pictures and everything” and said, “I know how his family feels for he was an icon to everybody.” Hope Harlow, communications major, said her aunt is a total fan who was hit hard with the death of Michael Jackson.

Some people are happy that the media has focused on Michael Jackson in a positive light. Andrew Collard, business marketing major, said he is glad to see how people have focused on how he has revolutionized music and his accomplishments including his impact on music and entertainment.

Michael’s music has set the tone for other artists and he has broken down barriers that were once up. Not only is he known for his music but his dancing abilities too. From the white gloves to the moonwalk, people will remember Michael Jackson, a music genius.