Most difficult times ahead for Iranian women 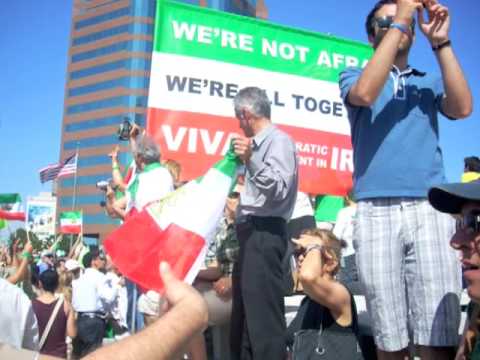 Iranian women face greatest instability within the last 30 years, as hard-liner President Mahmoud Ahmadinejad gets closer to serving his second term despite allegations of a deceitful election that sparked the most massive uprising since the 1979 Iranian revolution.

More than all other sectors of Iran’s society, women had the greatest venture in the 2009 presidential election.  Women groups demanded of all candidates to terminate laws that implement stoning and polygamy, plus those that favor men in divorce and custody cases.

“Women participated in this election in massive numbers in order to bring a moderate reformer like Mir Hossein Mousavi who could strengthen the democratic and constitutional aspects of this regime,” said Nayereh Tohidi, professor and chair of Gender and Women’s Studies Department at California State University, Northridge.

Modernization of Iran began during Reza Shah’s time and continued through the reign of his son, Mohammad Reza Shah Pahalvi.  Reza Shah modernized Iran through major developments such as the Trans-Iranian Railway and the establishment of Tehran University.  In addition, Reza Shah took it upon himself to enforce the Women’s Awakening movement during which the Islamic veil was gradually eliminated from the Iranian society.

“I remember soldiers in the streets of Iran forcing women to remove their veils,” recalls a 70-year-old Iranian-American woman who wishes to remain anonymous for security reasons.

While literacy became more enforced and modernization continued during Mohammad Reza Shah’s monarchy, women became more active within the society as writers, poets, teachers, and officials.   By 1963, under the White Revolution, Iranian women were extended the right to vote, Iran Chamber Society noted.

The 1979 Islamic Revolution of Iran gradually deprived women of all rights, socially and through Iran’s legal system. Ayatollah Ruhollah Khomeini, the leader of the revolution and the supreme leader of the country at the time, encouraged women to wear the Islamic hejabs and rid themselves of western influences.

“Again, the mullahs have forced women to go back under their veils,” said the dispersed woman.

Iran did experience some reform under presidents Mohammad Khatami and Ayatollah Ali Akbar Hashemi Rafsanjani as restrictions on girls’ and women’s public behavior and dress codes were gradually loosened.

“Private organizations and charities that handle women’s issues flourished under the presidency of Khatami, growing by as much as 700 percent,” Tohidi said.

However, when Ahmadinejad came into power in 2005, laws pertaining to women leaned more toward Islamic laws allowing men to behave and practice in ways contrary to the pragmatism norms of society, as it became more challenging for women to reach the remotest level of equality within Iran’s legal system.

The 2009 Iranian presidential election suggested hopes of reform within the system, particularly on issues concerning women’s interests. Although none of these candidates are ideal for women activists to vote for, but given the choices presented, Mousavi would be more hopeful for women, Tohidi explained.

Zahra Rahnavard who is labled as a Muslim feminist, assured Iranian women during her husband’s campaign, that she will do her part in pushing Mousavi to be active in reforming very discriminatory laws, Tohidi said.

Nevertheless, despite Mousavi’s massive followers of all segments of society and immense uprisings alleging a fraudulent presidential election, Iran’s 12 clerics who make up the Guardian Council, have confirmed Ahmadinejad’s second term election to presidency.

Ahmadinejad’s re-election has stripped Iranians of all hopes of democracy and freedom, as well as women of any dreams of equality, justice, and reform.

“Women in Iran actually have more rights than men do.  Some of the reforms they are asking for would work against women rather than toward women’s interests,” said Ahmadinejad, according to Tohidi.

A statement which outraged Iranian women as it reveals that Ahmadinejad does not even acknowledge the existence of discriminatory laws against women in the current regime, Tohidi stated.

“At this point, it looks like the government has won as they have successfully suppressed demonstrations, arrested activists and journalists.  But at the same time, they have galvanized many people toward the government and damaged the legitimacy of the regime,” Tohidi said.

“In long term, they have created a way for a much bigger uprising against the regime,” she added.

Meanwhile, Iranian women face the most challenging era within the history of the Islamic republic of Iran.