CSUN men’s basketball: Freshman bails out Matadors in win against the Titans 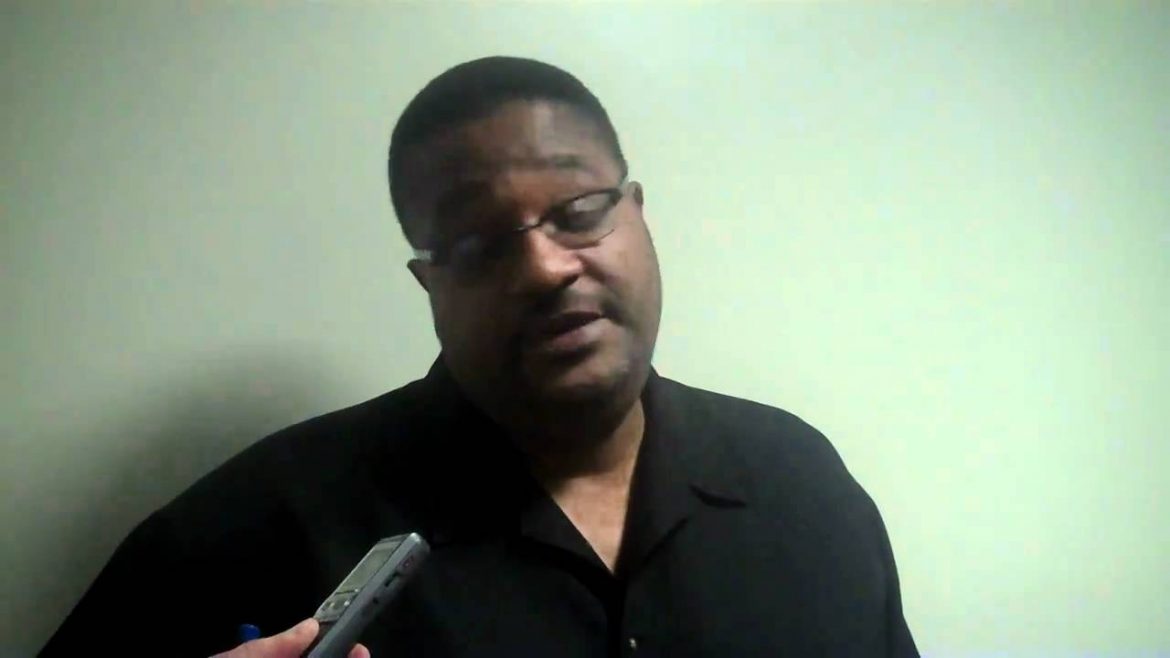 Josh Greene doesn’t know what the Matadors went through a year ago when they suffered their worst season in 15 years, but the freshman guard made sure on Thursday night to give the seniors a game they will never forget.

With Cal State Fullerton playing zone defense and focused on stopping Lenny Daniel in the paint, Greene made the Titans pay with six 3-pointers and none bigger than his right-corner high-arching three to give the Matadors a 69-68 advantage with 24 second left in the game.

Greene’s basket erased a 14-point second half deficit, and eventually gave CSUN a 70-68 victory over Fullerton at Titan Gym in Big West play. The Matadors have now won six of their last eight games and remain in a second place tie with Cal Poly SLO and only trail Long Beach State two games.

“It was courage and I wanted to come through for my team,” said Greene, who scored a career-high 19 points. “It was our seniors’ last game here (Titan Gym) and I wanted to step up. I didn’t want to let my team down.”

After the Matadors (10-14, 7-4 Big West) took their first lead since the first four minutes of the game, the Titans (9-16, 5-7) had two opportunities to take the lead or tie the game. First, Perry Webster shot an airball that landed in Matador Michael Lizarraga’s hands, who was then immediately fouled.

Lizarraga made one of two free throws to give CSUN a two-point lead with 10 seconds left. On the next possession, Titan Isiah Umipig missed a shot, but Andre Hardy got the offensive rebound and missed the game-tying put-back basket as time expired.

The Matadors instantly jumped for joy and began jumping into each other’s arms, while others pulled on their jerseys showing off their Northridge pride in front of the Fullerton crowd.

“I thought he was going to make that layup down there at the end, I don’t know how he missed that shot,” said CSUN head coach Bobby Braswell referring to Hardy’s miss at the buzzer. “I’m not sure how Josh (Greene’s) three went in, but it went in. He probably shot that thing five feet higher than he normally shoots it. The freshman stepped up and really made a couple big plays.”

Matador freshman Aqeel Quinn knocked down a game-tying 3-pointer that made the score 61-61 with 2:48 left. Hardy, who scored 19 points, responded with a 3-point play.

Greene’s 3-pointer that hit the backboard tied the game at 64-64, but CSUN had no answer for Hardy as he made another basket in the paint.

The Titans had 26 points in the paint compared to CSUN’s 22.

Early in the game, senior forward Daniel tried establishing himself inside, but saw numerous double-teams and had three early turnovers.

“I was playing into their hands in the first half, rushing shots, but in the second half I found my teammates,” said Daniel, who recorded his 13th double-double with 11 points and 11 rebounds. “Then (Greene) started knocking down shots and I just kept working in the paint too.”

Jer’Vaughn Johnson and Orlando Brown had 16 points apiece for the Titans. Lizarraga and Rashaun McLemore had 10 points each for CSUN.

“We are ready (for Long Beach). After a fight like this, we can take on anybody and we know what’s at stake, but I’m going to enjoy (the Fullerton) win tonight,” Daniel said.