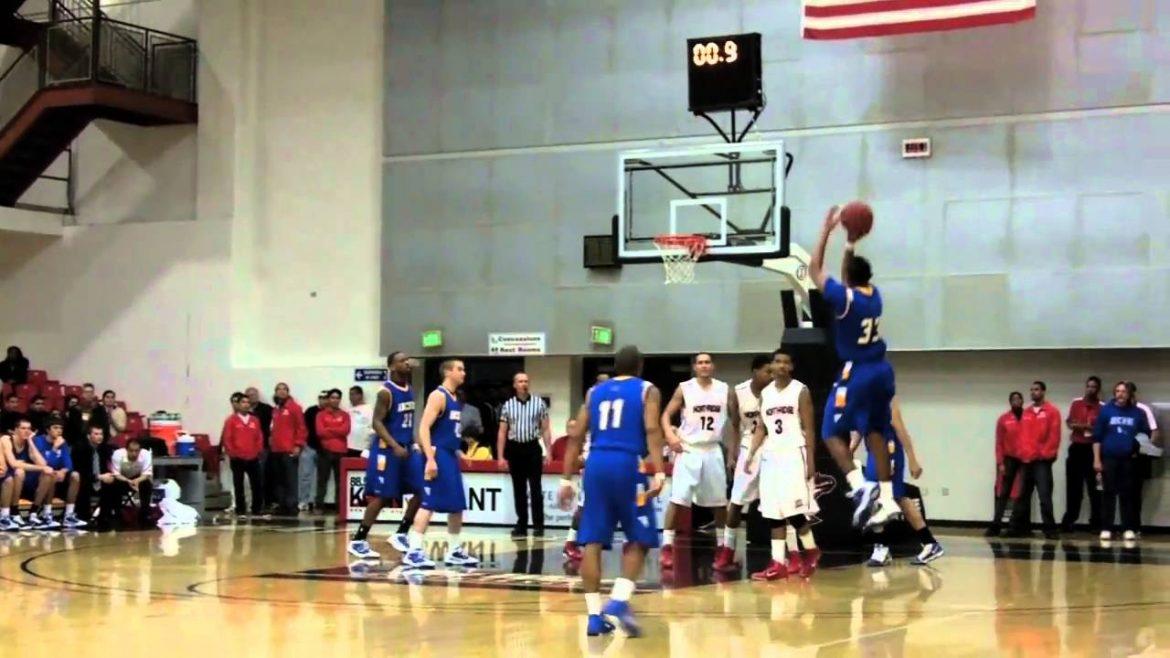 Check out bottom of story for Senior Night highlights

Cal State Northridge won’t admit to overlooking Thursday’s matchup against last-place UC Davis, but it’s tough not to when the third seed in the Big West Tournament could be up for grabs on Saturday to close out the regular season versus nemesis Pacific.

“It’s kind of hard not looking over UC Davis, but we have to get by them in order to play Pacific for a big game,” said redshirt junior Vinnie McGhee about the upcoming road trip to northern California.

The Matadors, who are on a two-game winning streak, are tied for third place with the Tigers. However, Pacific (16-12, 8-6 Big West) holds the tiebreaker after beating CSUN on Dec. 28.

Even though it’s a long shot, the Aggies (9-19, 3-11 Big West) will be fighting for their postseason hopes against the Matadors (12-16, 8-6 Big West) as they need to win the final two games and hope either Cal State Fullerton or UC Riverside lose their last two games in order for UC Davis to clinch a spot in the conference tournament.

CSUN recorded its first Big West win of the year over UC Davis in an 87-81 victory at the Matadome on Dec. 28. The Aggies leading scorers Mark Payne and Joe Harden combined for 35 points.

Senior guard Raymond Cody said the key to beating the Aggies is containing Payne and Harden.

“We have to shut down their two main scorers,” Cody said. “For Harden, are post players need to do a good job and with Payne we need to keep him in front of us and not give him angles to the basket.”

If CSUN, which won the Big West regular season and tournament title in 2009, somehow captures the third seed, they will avoid facing the No. 1 seed Long Beach State until the final round. The 49ers swept the season series over the Matadors.

“I know we want to play Long Beach for the championship, we owe them. Just like how we won (the Big West Tournament in 2009), we played Pacific in the championship game and they swept us (in the regular season),” McGhee said.

That championship game, which went into overtime and propelled CSUN into the NCAA Tournament, was the last time Northridge beat the Tigers. The Matadors have dropped five out of the last six meetings with Pacific.

The last time the Matadors faced the Tigers they relinquished a second half 10-point lead en route to a 74-64 loss at home to open the Big West schedule. The setback dropped CSUN to a 3-9 record, which led to seniors Lenny Daniel and Rashaun McLemore showing frustration in the post-game interview.

The Matadors did manage to turn the season around as they have a 9-7 record since falling to the Tigers.

Cody explains why Pacific is a tough team to beat.

“They are disciplined and they stick to what they do. They know their strengths and they do it well,” he said. “The senior group, we are 0-3 against them and we had them here (Matadome). I felt we should have won that game, so we owe them one.”

Senior forward McLemore, who scored 24 points in the last meeting with UC Davis, said the Matadors need to play the final two games as if they are fighting for a playoff berth.
“We need these wins, even though we have a spot in the tournament, we need to go in with momentum,” McLemore said.

Reporting by Gilberto Manzano and video courtesy of Victor Corona