CSUN men’s basketball: Matadors have no problem with Titans, advance to face UCSB in semifinals 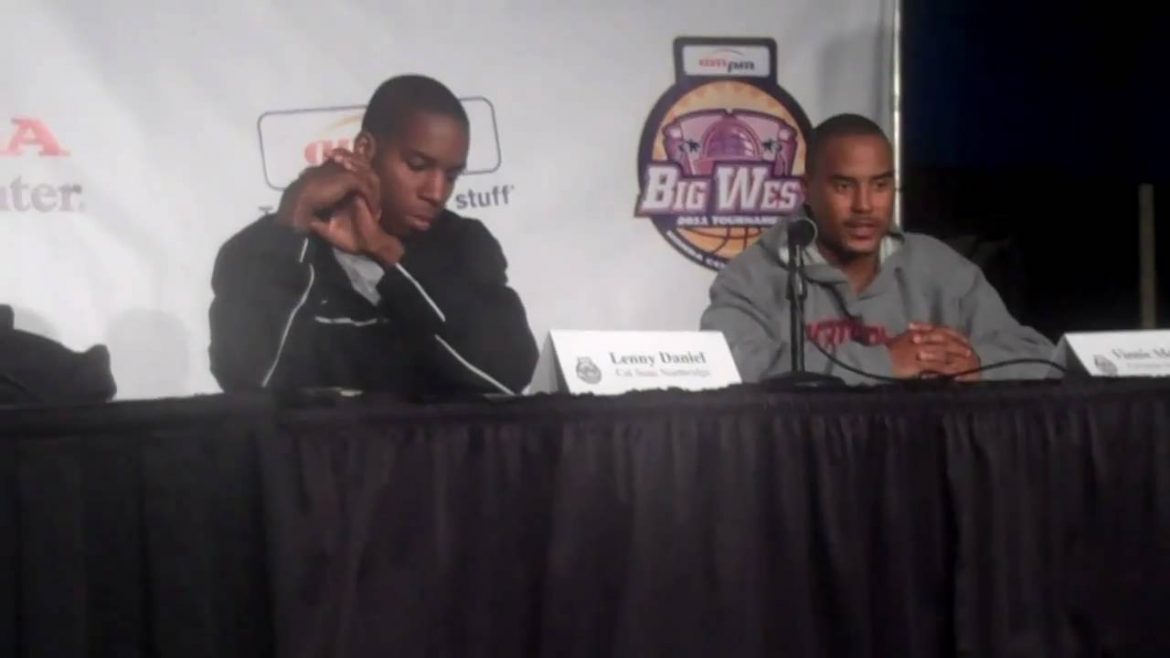 There was a peculiar saying that stood out for Vinnie McGhee during Thursday night’s Big West quarterfinals.

“We had a real good talk with coach and basically we didn’t want to come out like grasshoppers because grasshoppers don’t eat grapes,” said McGhee drawing laughs from reporters at the Honda Center.

CSUN coach Bobby Braswell interrupted, “don’t ask what it means because he won’t tell you.”

Whatever the saying meant it worked as the No. 3 seed Matadors cruised by No. 6 seed Cal State Fullerton, 75-54, to advance to tomorrow night’s semifinal matchup against UC Santa Barbara.

A year ago, CSUN (14-17) fell to the Titans (11-20) in the first round of the conference tournament, but Braswell said his team wasn’t looking for revenge.

“I have a short memory, I don’t think none us really thought about last year,” he said.

Northridge jumped out to an early 14-2 advantage and didn’t allow Fullerton to score its first basket until the 11:59 mark in the first half. CSUN increased its lead to 23 points and never looked back.

“This is probably the best 40 minutes of defense we played all year long,” Braswell said. “We were concerned about their ability to score.”

The Matadors were expecting a red-hot Fullerton team after they defeated UC Davis and Pacific on the road to end the season.

“We had a good weekend up north and I thought we would be a lot more competitive tonight,” Titan coach Bob Burton said. “What a depressing way to end the season.”

Titan Devon Peltier was named Big West Player of the Week for his solid performances against the Aggies and Tigers, something McGhee was well aware of.

“I just went in their focused on shutting down Peltier. He is a very good shooter, but I also got my shots and I knocked them down with confidence,” said McGhee, who scored 16 points and held Peltier to four points.

“I have been waiting for this for a whole year to try to prove to my teammates that I can be there for them during the Big West Tournament,” said the senior forward.

“There was one guy that killed us and that was Lenny Daniel,” the eighth-year Fullerton coach said. “Daniel had our guys intimidated in the paint. He controlled the entire game and I don’t know how he wasn’t the Big West defensive player of the year.”

The Matadors have now beating the Titans three times this season. No. 2 seed Cal Poly, which lost to UC Riverside, and No. 4 seed Pacific, which fell to UCSB, failed to beat its opponents for a third time.

“We knew it was going to be much harder the third time around to beat (Fullerton). We made sure to do what made us successful against them earlier in the season, which was playing great defensively,” Braswell said.

CSUN will try to knock out another team for a third time as the Matadors swept the season series over the defending Big West champion, Gauchos.

“We have our work cut out. They are a team that right now is playing pretty good,” said Braswell about No. 5 seed UC Santa Barbara. “We know what we have to do and we have to make sure to stick to our game plan.”

The CSUN-UCSB game is scheduled for 9 p.m. tomorrow or 30 minutes after the Long Beach State against UC Riverside semifinal matchup.