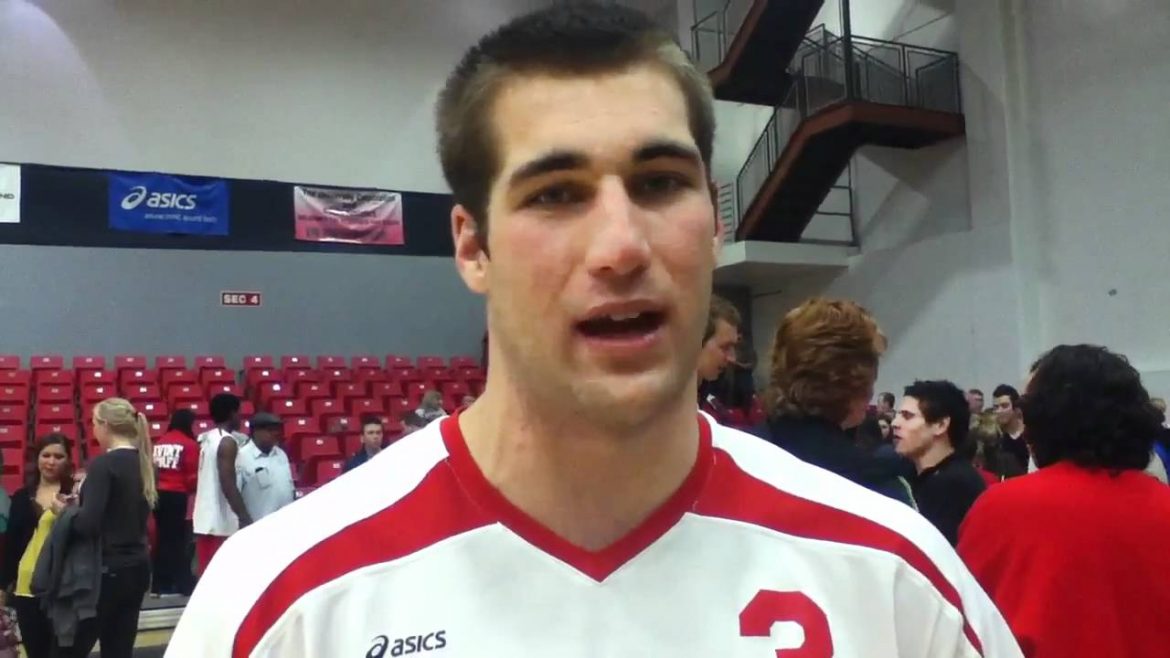 The hype of honoring their three seniors in the last home match of the season did not produce a win for the lowly Matadors.

The Cal State Northridge men’s volleyball team (7-21, 5-16 MPSF) lost the ninth home game of the season on a night when they honored Tanner Nua, Kaleo Baxter and Jeff Baxter, its three seniors.

CSUN and the fourth-ranked UC Irvine Anteaters met for the third time this season and 54th time on Saturday with Northridge holding a 33-20 lead in the all-time series. UC Irvine had already beaten the Matadors in four sets on Jan. 8 in Santa Barbara and in straight sets on Feb. 18. UCI has now won 10 of the last 13 matches between the two teams.

The Matadors were swept in their last home game 25-22, 25-17, 25-17, concluding one of their toughest home seasons with a 4-9 record at the Matadome. Senior setter Matt Stork was the main offensive threat for Northridge as the junior pounded a match-high 17 kills while hitting .324 in 37 swings.

The last time a Northridge team lost as many as nine home matches in a season, was 1999 when CSUN finished 2-11 at the Matadome.

CSUN finished their home looking forward to getting next season started early in attempts to getting back to the playoffs.

“We will have more experience and we will improve a lot over the summer and with the new guys coming in next year, I believe that we will do very well,” freshman outside hitter Brandon Lebrock said.

The Matadors proved to be the postseason spoiler for UCSD as the win over the Tritons on Thursday eliminated them playoff contention.

“Thats the good thing about being the underdog because we always feel like we can beat any team. It’s always fun to be part of a huge upset and determine another teams faith,” Stork said.

The match against the Tritons marked the third meeting between the two teams this season. Northridge defeated UCSD in four sets on Jan. 7 in Santa Barbara, then won in four sets in La Jolla on Feb. 19 and on Thursday they swept them in straight sets at the Matadome bringing their win streak over the Tritons to 39 straight matches.

“We came into the match with a lot of energy because we heard that they swept UCLA. We had no idea that we were going to sweep UCSD. All we were focused on was playing our game,” freshman middle blocker Greg Faulkner said.

The Matadors arere now 64-6 all-time against UC San Diego and have not lost to the Tritons since the 1988 season and are 31-2 against UCSD in Northridge.

Although the win against the Tritons eliminated them from playoff contention, this will be the first time since 2001 that the Matadors failed to reach the conference tournament. Since the MPSF moved away from two six-team divisions into its current format of one 12-team division in 2002, CSUN has finished among the top-eight in each and every season since.

Stork was the primary reason for CSUN’s victory against the Tritons. Since his recent move to outside hitter, he is averaging over 4.00 kills per game and tallied up almost half of the Matadors 35 kills on Thursday.

Matador setter Danny Rodrick contributed 32 assists, six digs and one ace while leading CSUN to a .322 hitting percentage, bringing the Matadors their third consecutive match with at least .300 hitting percentage.