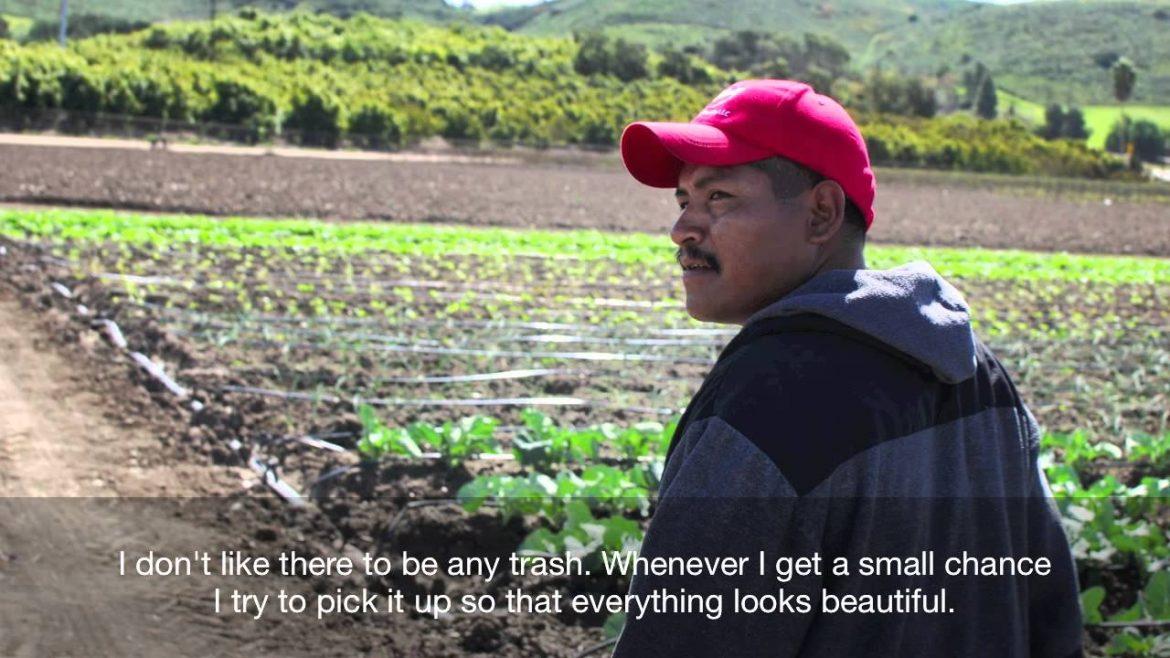 Monday mornings start bright and early for Robbie Denny, but she doesn’t have to combat early morning traffic. What she deals with is the slight chill in the morning air and the repeated calls of the rooster as she prepares her produce stand at Underwood Family Farms in Moorpark. She wouldn’t have it any other way.

“This is my 19th year working with Underwood Farms,” Denny said. “I’ve lived on a farm all my life so it’s in my blood.”

Along with managing the produce stands at both Moorpark and Somis locations of Underwood Family Farms, Denny also runs 15 farmers scattered throughout Southern California.

Underwood’s Sunday markets are located in Hollywood, Larchmont, Brentwood, Palisades and Encino. Next month will include a new one in Fillmore, Denny said.

Driving up to the Moorpark location at 7 a.m. on a Monday, one sees the produce stand on the right and a few farmhands already harvesting the fields on the front of the property. A closer look at the farm reveals the expanse of land.

Denny said there are 60 acres of You Pick fields, which are allocated for visitors to do their own shopping. Visitors receive a basket and are driven out to these fields to pick and choose their own vegetables. All the produce that is picked must be paid for.

“This market here is open March 1 and closed mid-December,” she added. “We try to stay open later but due to holiday time there’s not a lot (of produce) available during winter time.

“We have strawberries right now. Broccoli and cauliflower and lots of veggies,” Denny said.

She said the farm is a way for the whole family to see how the food is grown instead of simply running to the store.

Denny said by mid-July all the fields will be green with vegetables ready to be picked and by September the farm will start scaling back in preparation for the annual Harvest Festival and pumpkin tours.

Denny said customers value how fresh the vegetables are and the flavor of the produce. He said a majority of the customers have said the produce from the farm lasts longer than those from the grocery store.

In addition to serving its local community, Underwood Farms has also branched out to other communities through the Community Support Agriculture program.

The CSA allows communities to develop relationships with their local farms by purchasing produce boxes on a weekly basis. The boxes are prepared at the farms and sent to allocated pick up stations where members can retrieve them.

“Originally, we were trying to bring a farmers market to campus,” said Jackson, dietetics and nutritionist major. “It was hard to get it approved, so the CSA program was the alternative.”

Russell Blades is in charge of the farm and the children tours.

“There’s more of a movement now of people wanting to know where their produce came from. People are more interested in what chemicals have been used, how the produce has been handled, how long it’s been stored,” Blades said. “You can’t get fresher than picking it yourself.”

Blades said the farm struggles to compete with supermarkets when it comes to price but there are perks that continue to draw customers out to Underwood Family Farms.

“The biggest key to our success is the fact that we are a farm and people know we are a working farm,” Blades said.

This particular Monday morning was no different for the working farm. The staff went about their typical daily duties, which included washing the fruits and vegetable and packing up CSA boxes. The process continues until about 5 p.m., Denny said.

Denny said the vegetable boxes often include produce that the public cannot normally get at the grocery store.

“Cherimoyas, broccoflower, yellow carrots. (It also includes) Pumelo, that is a Chinese grapefruit,” she said.

Since its launch on campus in July of 2010, the CSA gives CSUN faculty, staff and students access to this produce in the monthly vegetable boxes that are delivered straight to campus.

“It started off really small. We needed 10 people and we got maybe 12,” Jackson said.

The CSA program now serves about 80 to 90 members Jackson said.

“The CSA members that we have, they cook a lot. They enforce the importance of healthy eating in their families,” she said.

Jackson added many of the members signed up because they did not eat a lot of fruits and vegetables and they believed the program would be a good way to use these foods to change their diet.

Through this unique CSA program, Underwood Farms is able to contribute to the efforts to support healthy lifestyles and better eating habits.

To enroll in CSUN’s CSA program go to www.underwoodfamilyfarms.com