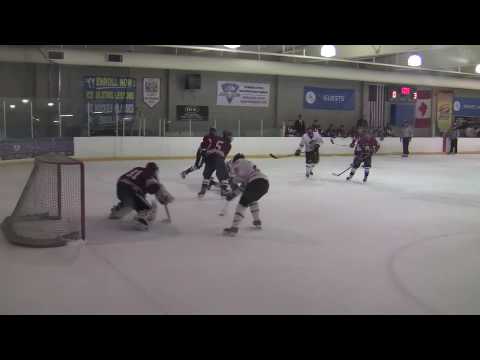 For the third straight game, at home, against the College of the Canyons, the CSUN Hockey team (6-7) had a lead going into the third period.

For the third straight time, they couldn’t hang on.

Three years ago, COC ruined the Matadors’ perfect season with a third-period comeback. Two seasons ago CSUN had a 4-1 lead in the third. COC came back again and won the game in overtime 5-4.

On Friday night, the Matadors had a 3-1 lead going into the final 20 minutes, but COC’s Tyler Gilmore netted the winning goal of a back-and-forth nightmare that went to overtime and the Cougars left the Valley Ice Center with a 6-5 victory.

‘I was definitely having flashbacks to the previous games,’ CSUN forward Jason Bobich said.

Things started well for CSUN. Sean Park took a pass from Tom Duma on a breakaway and beat COC goalie Michael McGrath for the only goal of the first period.

In the third period Sean Park got his second goal of the game to give CSUN a 4-1 lead. Two minutes after Park’s goal, Viktor Luka cut the lead to 4-2. Two minutes later Gilmore, playing in his first game of the season, cut the lead further to 4-3.

Penalty problems haunted CSUN again. Halfway through the third period Eric Stelnick scored the first power-play goal of the game to tie it at four.

‘We started running around more in the third and that created more traffic in front of me,’ said goalie Geronimo Cebrero.

The Matadors would get the lead back at 5:17 of the third period. Gale centered the puck off the right wing to Bobich. The puck deflected off of Bobich’s skate and into the net. The referee signaled goal.

‘I was surprised it was called a goal,’ Bobich said. ‘I was trying to kick the puck up to my stick and it ricocheted into the net.’

Michael Crow then converted on a five-on-three power play with 2:29 to go in regulation to tie it again at five.

In overtime Gilmore skated the puck end to end, stepped into the slot and fired the puck under Cebrero for the winning goal.

‘A.J. Bernhardt pushed Gilmore wide and I couldn’t get to him until after he released the shot,’ J.P. Gale said.

CSUN is the second-most penalized team in the Pacific Collegiate Hockey Association.

CSUN ended the night 2-for-7 on the penalty kill and 0-for-5 on the power play.