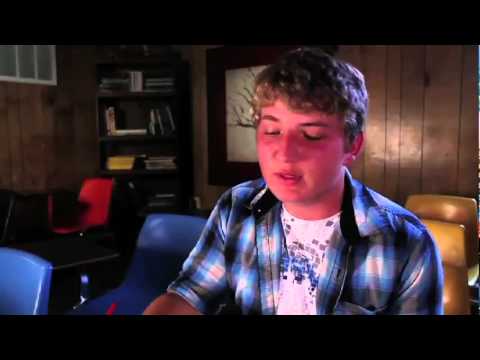 Moore, 21, received the phone call two and a half months later that he beat out over 100 communications majors from colleges across the country to place third place in the contest.  He was working maintenance at the top of a roller coaster at Six Flags Magic Mountain at the time.

“I wasn’t expecting anything,” Moore said. “ I was just happy that I could do it.”

Moore’s commercial features three actors announcing their names – Freedom, Speech and America. Each character goes on to explain their roles as passion, rights and what the nation stands for.

Winning third place means that Moore’s PSA could air during freedom of speech week in October if networks pick it up.

“My ideas came from friends and I went around asking people what freedom of speech meant to them and most of them said it gave them the right to voice their own opinion,” Moore said.  “But it has more of a meaning than that. You have the right to express yourself in many ways.”

Moore’s aunt, Lynda Guydoi is the biggest evaluator of his work.

Moore plans to become a content producer.  His website shows his work ranging from videos, designs, animation and development, which are all platforms of multimedia.

“It is very creative and has a powerful message,” said Chris Orme, Moore’s friend. “It demonstrated a lot of capabilities.”