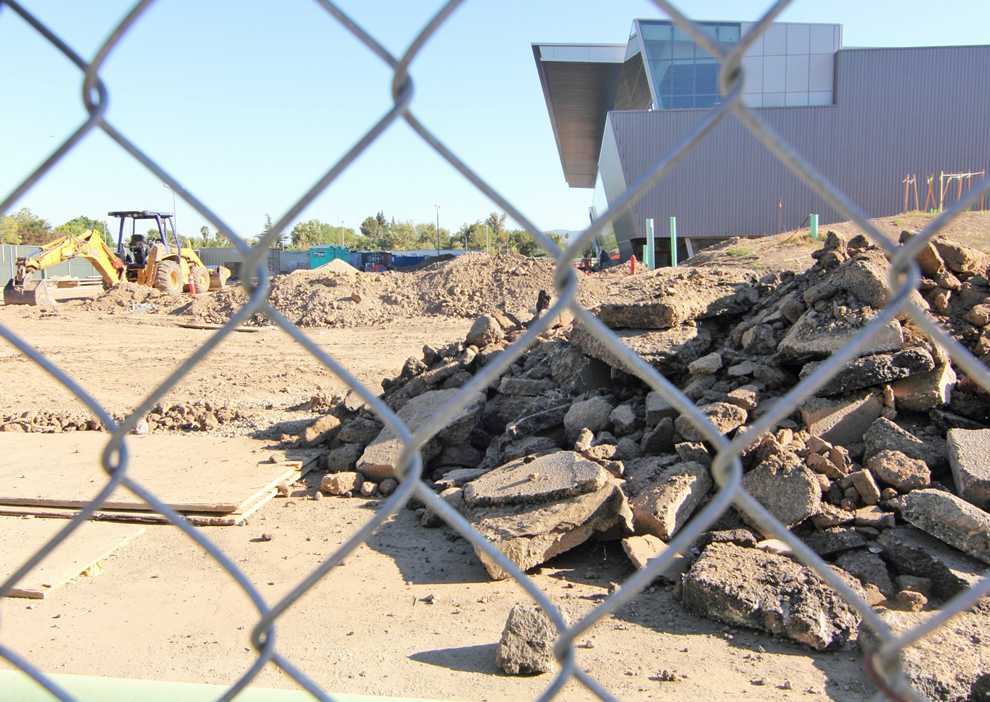 Construction Update: The Student Recreation Center (SRC) keeps evolving at a great pace to open its doors in the Spring of 2012. Simon Gambaryan / Daily Sundial

The new recreation center will open in January 2012 and construction is on schedule, sparking student excitement for the campus amenity.

“I use the smaller one in between classed, I loved it,” said Jason Duarte, cinema and television major. “Something bigger would be great.”

Some health conscious students who take their fitness off-campus said they would reconsider those memberships after the new complex is built.

“It would be more convenient because it’s on campus, but I’d have to consider it,” said biology major Alex Irizarry, 18, a 24 Hour Fitness member.

Located on the east side of campus near Nordhoff and Zelzah, the complex has been in the works since 2007, with construction starting December 2009.

Portions of student fees and USU proceeds are going toward the $60 million project, $19 million of it which has been put down and the rest will be paid over 30 years, said Debra L. Hammond, USU Executive Director.

To keep overcrowding to a minimum, Hammond said that the new recreation center will be only available to students, faculty, staff and alumni. The price of membership is covered by tuition, but non-students would pay about $163 per semester.

Some features, such as the babysitting area and personal training, cost more, but the majority of the programs, like towel service and lockers, are included in the USU fee every student pays.

The new complex also will incorporate CSUN students on the other side of the equipment.

“We’re collaborating with the nutrition department and offering nutrition counseling with some students that are majoring in that,” Knight said.

Offered group fitness classes include Zumba, yoga, boxing and TRX; and the multiple gymnasium courts can be used for soccer, hockey, basketball, badmitton, and volleyball.

The center will be open seven days a week, Monday – Thursday 6am to midnight, Friday 6am to 10 pm, and weekends 9am to 10 pm.