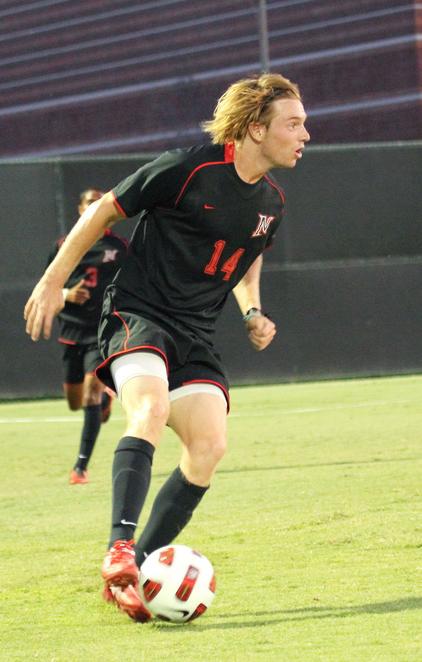 After starting the season right with a victory against Canisius on Friday, the Matadors men’s soccer team hopes to take that momentum and use it in the Cal State Northridge Labor Day Classic starting tonight.

Losing their season opener on the road against Cal Poly, the Rebels, who have lost five straight to the Matadors coming into tonight’s game, still remain a tough team.

“UNLV is a very formidable opponent that’s going to cause us a lot of problems,” said head coach Terry Davila. “They’re very organized and well-coached, along with having a lot of talent on their roster.”

Rebel forward Nick Marshall will be looking to lead UNLV to its first win over CSUN since Oct. 8, 2000. As an All-Mountain Pacific Sports Federation First-Team pick in 2010, Marshall’s experience will be critical to UNLV’s success this season.

Though UNLV, which is projected to end up fifth in its conference, lost its first match, its defense was solid. Cal Poly had 16 shots for the game, six on goal, but couldn’t break through the Rebel defense until late in the second half.

“We know that’s going to be a really tough game,” defender and co-captain Joe Franco said. “If we play our A-game, then no one can beat us.”

Though CSUN was able to win its first game, there were some areas in which it looked like they could use some improvement. One of them was scoring effectiveness. CSUN had 25 shots, but only scored twice.

“We won, but we didn’t play to the best of our abilities,” Franco said.

The team is looking to “clean up the areas” where they did not do so well to perform better, Franco added.

A key player for CSUN will not be able to lend his efforts in this upcoming tournament. Midfielder Rafael Garcia underwent surgery on Wednesday to repair a ripped meniscus in his left knee. Garcia could be out for a month, Davila said.

“(Garcia) is one of our top leaders,” Franco said. “That’s a huge hit to us, but we got a lot of experienced players. We’re a coercive team. We lost one of our top players, but the rest of us have been working hard and hopefully it shows on the field.”

Garcia’s spot will be filled by midfielder Rene Anguiano.

“He (Garcia) plays the five position and that’s a big responsibility,” Anguiano said. “I guess I just have to do the job. I’ll put the team on my shoulders and try to do my best.”

After the match against UNLV, the Matadors will face the NCAA defending national champion, No. 2 Akron Saturday at 7 p.m. Finishing the season with a dominant 22-1-2 record in 2010 and easily beating Cleveland State 5-0 in their season opener, the Zips (1-0) will prove to be one of CSUN’s toughest opponents this season.

“We really haven’t thought about them too much tactically yet,” Davila said. “You have to take each game individually. You can’t play two in one.”