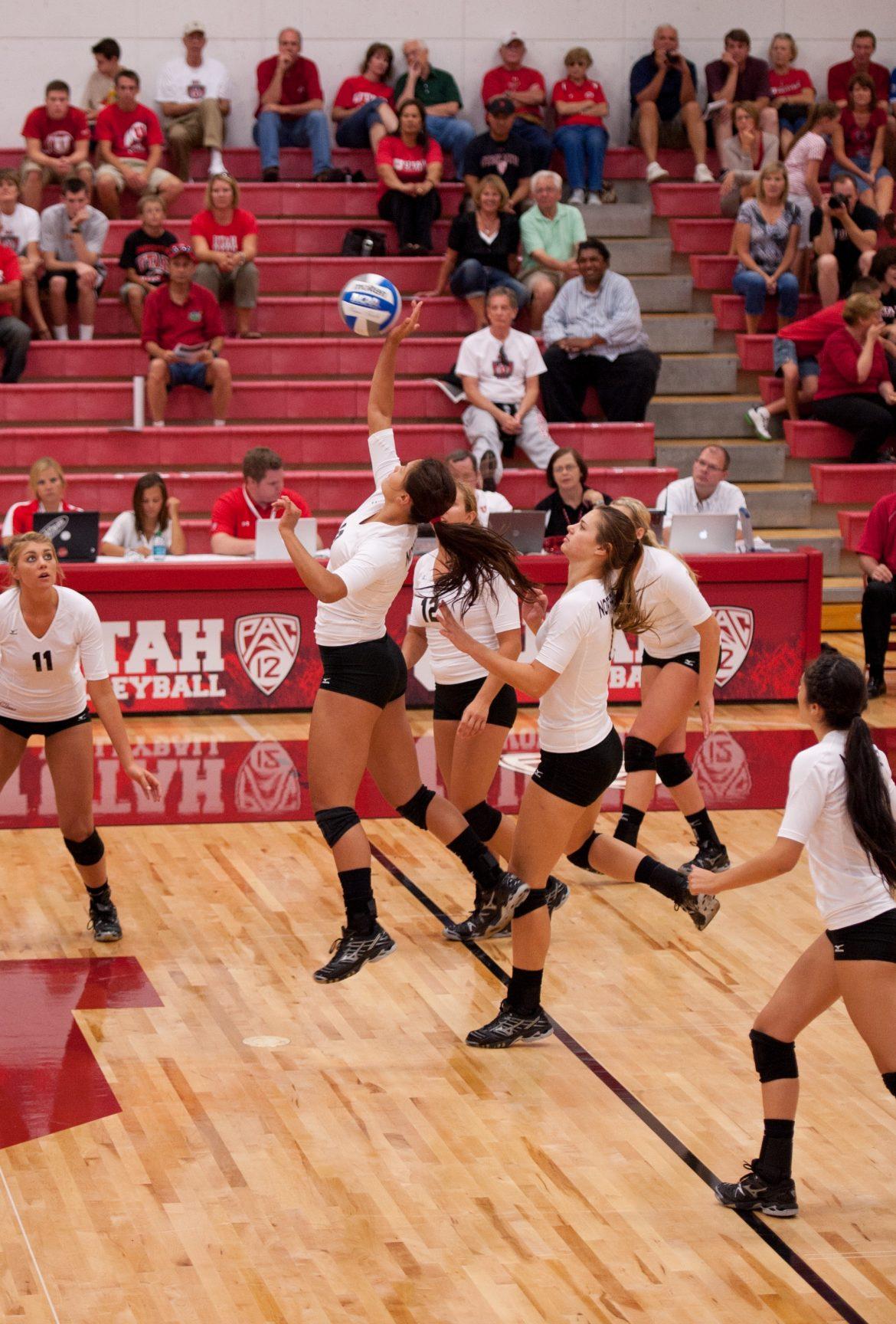 The Matadors, pictured here during one of their matches at the Utah Classic last weekend, will look to come out winners at Sacramento State. Courtesy of Julian Gomez/Daily Utah Chronicle.

Last weekend’s trip to the Utah Classic showed that a good team can take the Cal State Northridge women’s volleyball team out of rhythm. This weekend, the Matadors (1-2) will try to rebound as they travel north to the state capitol for the Sacramento State Invitational.

Northridge’s second tournament of the season will be more evenly-matched. They will not see stiff competition like Northwestern and Utah, teams that swept the Matadors last weekend. Instead, CSUN will face Marist (1-2), Fresno State (1-2) and host Sacramento State (2-1).

“We are in a place where there is a lot of talent around the country,” head coach Jeff Stork said. “Last year, Northwestern was a top-25 team, they didn’t lose too much, they beat Utah (in the Utah Classic last weekend) and Utah is a top-50 team.

“We’re not there right now. Can we beat those teams? Yes.”

With the two volleyball juggernauts out of the way now, the Matadors move on to face the Red Foxes for the first time in school history (Friday at 5 p.m). Marist is from the Metro Atlantic Conference and coming off a poor showing at the Pitt-Duquesne Invitational. Fresno State, team the Matadors will play on Saturday at 10 a.m, was also disappointing at their own Invitational, the Fresno State Classic.

Facing Marist and Fresno State will be an opportunity for the Matadors to get a quick start in the tournament. Sacramento State, a former Big Sky Conference foe, will be the biggest challenge of the weekend on Saturday at 7 p.m. Sophomore Kayla Beal leads the Hornets, averaging three kills per set.

Stork feels his team will perform better this weekend.

“It’s a slightly weaker tournament,” he said. “We have had another four, five days to fix some of the things that happened over the weekend.”

Last year’s team went 2-1 at this same tournament. Sophomore Mahina Haina, who had a career-high 28 kills against Weber State on Saturday during the Matadors’ only win at the Utah Classic, will look to continue her hard hitting and start a winning streak in Sacramento.

Haina, who is a native of Honolulu, Hawaii will look for support from teammates.

“I owe a lot of my success to my teammates because I wouldn’t have been able to kill the ball without a pass or a set,” Haina said.  “I am only the finisher.”

One of those teammates, libero Cindy Ortiz, will need to repeat an impressive 2010 season to give the Matadors a shot in Sacramento. Ortiz, who’s already leading the team in digs with 47, was a walk-on in 2009 and became a starter the following year.

“If we come out like we did in the last game against Weber, I think that we can just pull through in these other games,” Ortiz said.  “We were passing really good.”

Allen never got into a rhythm at the Utah Classic. She had a disappointing tournament with only five kills, but did contribute 18 digs.  The Matadors will need to rely on her power and finesse if they want to get anywhere this season. Allen led the team in kills last season with 363.

Other players to watch in the tournament: senior Una Siljegovic, who had 16 kills in Utah, averaged 2.49 kills per set last year, good enough for third-best on the team; redshirt sophomore Britney Graff, who has 12 kills and 11 digs to open the season; and freshman Casey Hinger, a starter for all three 2011 matches who will look to add to her nine kills, four digs and four blocks from last weekend.