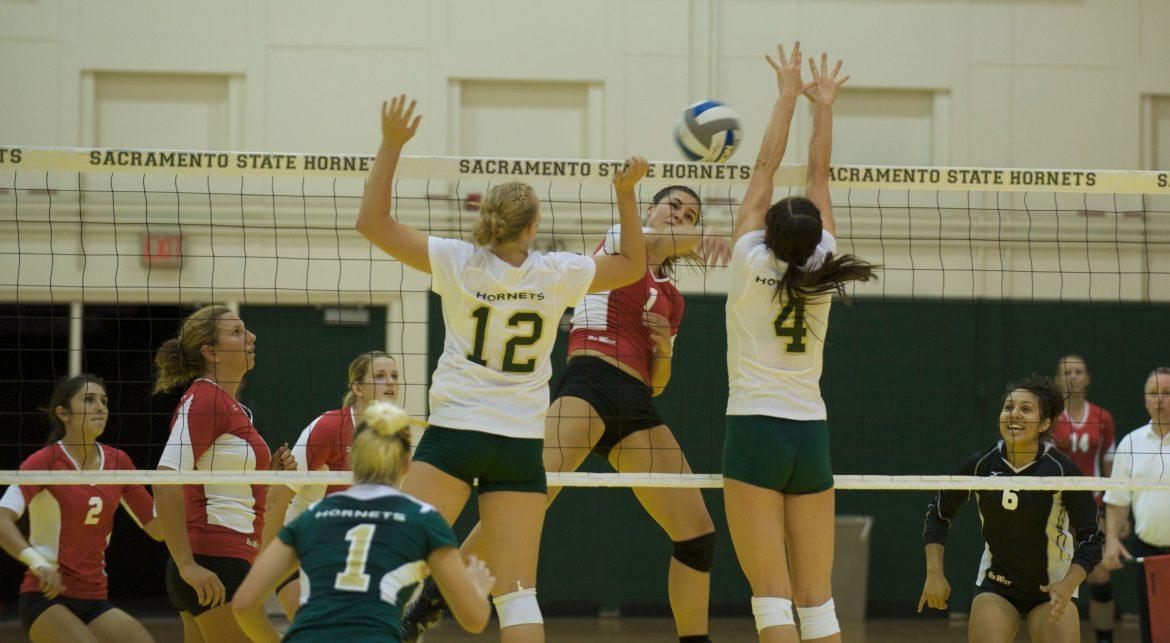 “The Flying Hawaiian,” Mahina Haina, has embraced the closer role for the Cal State Northridge women’s volleyball team well and she showed it again this past weekend as she continued to raise her season kill count and led the Matadors (4-2) to three victories in the Sacramento State Invitational.

Along with fellow sophomore Natalie Allen, who had 28 kills during the weekend, Haina dominated Marist on Friday and Fresno State and host Sacramento State on Saturday to help CSUN win the tournament undisputedly. Haina now has 84 kills for the season.

“Mahina was our trump card all tournament long,” CSUN head coach Jeff Stork said. “Whenever we needed a kill, there she was.”

Haina was named Sac Sate Invitational MVP after collecting 41 kills in the three games. Teammates Cindy Ortiz and Sydney Gedryn, a libero and a setter respectively, were named to the All-tournament team along with her.

Ortiz continued to bring stability as the libero position and had a combined 46 digs in the tournament. It was a key part of the system which enabled Gedryn to contribute with 109 combined assists.

“(Gedryn) has been getting a lot more reps and her timing has improved while (Ortiz’s) passing was outstanding all weekend,” Stork said.

Sophomore Casey Hinger continued her stellar season with 18 kills and four digs in the tournament.

The Matadors were in full control on Friday night despite Marist redshirt senior Joanna Foss’s efforts. Foss had a team-high 11 kills for the Red Foxes, but CSUN made quick work of them in straight sets (25-20, 25-10, 25-17). Haina had 12 kills for the match while Allen had eight.

The Saturday doubleheader first saw CSUN take on the Fresno State Bulldogs early in the day. The Bulldogs had also come from sweeping Marist, but failed to win a single set against Northridge. Senior Brianna Clarke had a team-high 15 kills and added nine digs against the Matadors, who won by scores of 25-15, 25-20 and 25-18. Clarke was also named to the All-tournament team along with teammate, junior Marissa Brand.

The final match, late Saturday, posted Northridge against host Sacramento State. The Matadors led comfortably throughout the match only dropping one set (25-14, 25-19, 17-25, 25-17).  Eryn Kirby led Sac State with 10 kills in a match that saw CSUN get 55 kills, outhitting Sacramento State by 16. Haina alone had 17 kills.

Going into the weekend, Haina had taken the time to credit other Matadors for her high kill count.

“I owe a lot of my success to my teammates because I wouldn’t (be) able to kill the ball without a pass or a set,” Haina said before the trip up north.  “I am only the finisher.”

The Matadors sweeping weekend results in much-needed momentum heading into their home-opening match against powerhouse, No. 3 USC on Tuesday night.

Following a 1-2 start to the season in which the Matadors were swept by Northwestern and Utah, Stork said his team needed to improve a lot to compete against teams of USC’s caliber.

“We’re not there right now,” he said then. “Can we beat those teams? Yes.”

Currently riding a four-game winning streak, Stork will see just how much the Matadors have progressed since.