W-Soccer: Matadors finally win their first of the season 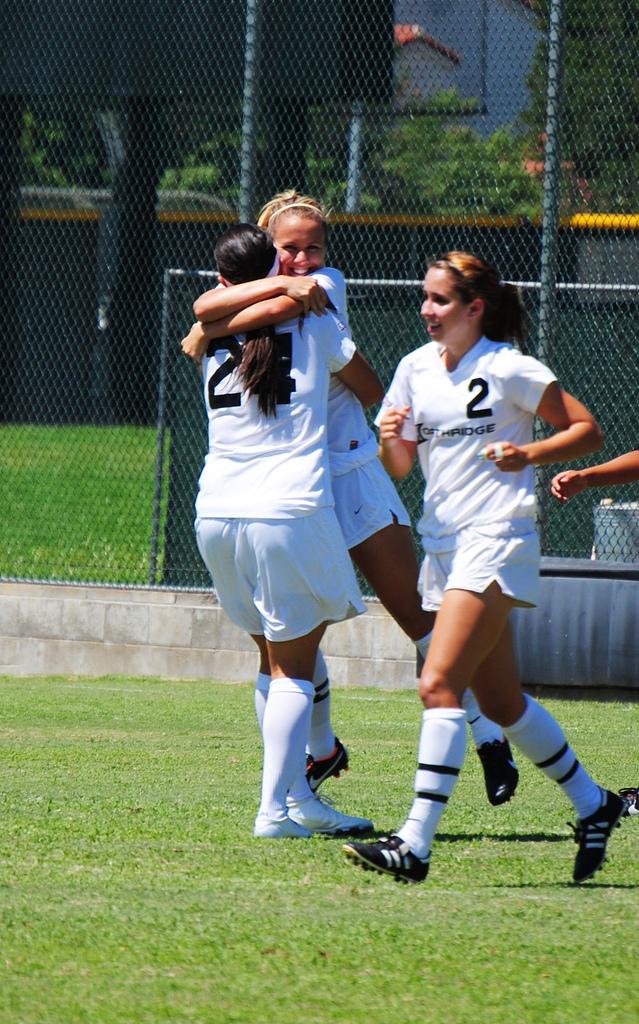 After scoring only one goal in their previous four games, the Matadors’ offense exploded against the Tigers and scored three times.

“I thought we played an excellent game,” CSUN head coach Keith West said. “Today, I felt the girls put a complete game together.”

CSUN played a great first half, scoring a goal five minutes into the game. Forward Heidi Farran received a cross from junior forward Melissa Fernandez from the left side of the field and the senior found herself wide open for the easy goal. Junior forward Marisa Miller also had an assist on the score.

Farran struck for a second time not long after. Senior defender Brielle Slepicoff assisted her for the second goal of the game in the 22nd minute from outside the penalty box on a rocket of a shot.

“I felt like we needed a little spirit, a little boost,” said Farran, who had the first multi-scoring game of her career. “It felt great (scoring the two goals).”

Farran almost had her third goal of the half on two occasions, but both of her shots bounced off the crossbar. The Matadors had eight shots in the half.

CSUN’s defense held its ground in the first 45 minutes and only allowed one shot on goal and a corner kick to Princeton (0-2-0). Junior goalkeeper Cynthia Jacobo, making her fifth start of the season, was not tested in the half.

It was more of the same from the Matador offense in the second half. CSUN held possession for most of it and had multiple opportunities to extend its lead. In one occasion, following a beautiful cross from Slepicoff, a header by Fernandez went just wide off the goal. Slepicoff then had another opportunity to score, but her header off a free-kick rebound went right over the crossbar.

Slepicoff would have one last chance to add to the scoring, and she was finally able to complete the play. Sophomore defender Amanda Smith set Slepicoff up for a shot and the senior blasted it past Princeton goalkeeper junior Claire Pinciaro for the 3-0 lead in the 64th minute of the game.

The Matadors’ defense was almost impeccable throughout the game, allowing only three shots on goal and a goal, in the 85th minute from junior midfielder Caitlin Blosser. Blosser’s score – off a corner kick – ended Jacobo’s bid for a shutout.

“It feels awesome (to get the first win of the season),” Slepicoff said. “We’ve been waiting so long; we’ve had some unlucky things happen, so it’s really nice to finally get the win.”

CSUN had seven shots on goal, the most they have had in a game this season.

The Matadors will try to start a winning streak on Friday at Purdue (2-4) in the Boilermaker Challenge.