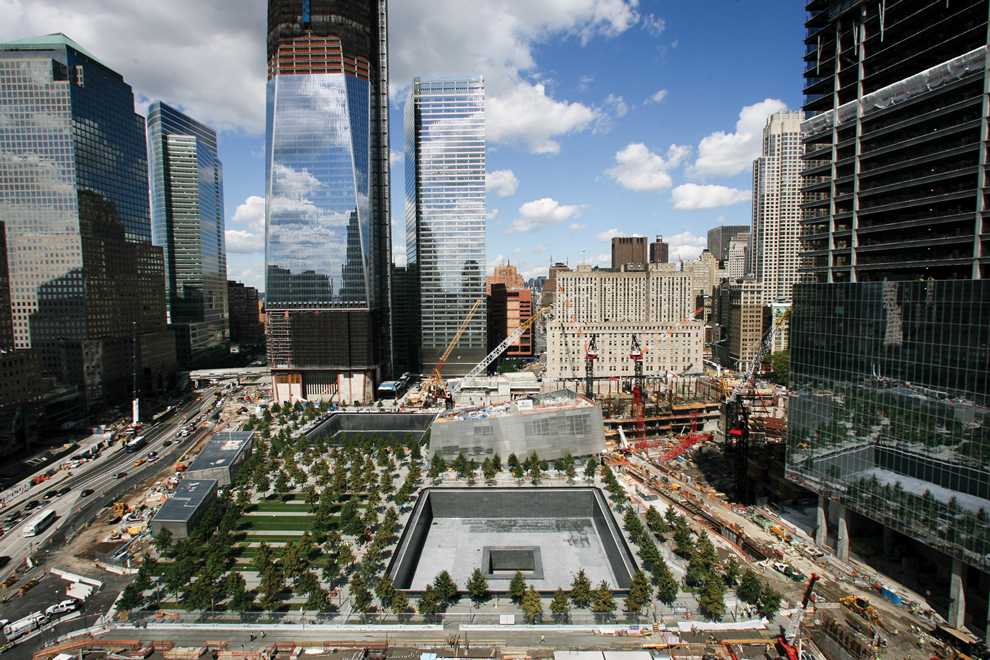 Seen from the south side is the World Trade Center, with the 9/11 Memorial situated around the footprints of the original towers. Photo Credit: Courtesy of MCT

A memorial will be completed by the decade anniversary of the terrorist attacks that brought down the World Trade Center, reported the Port Authority of New York and New Jersey.

There will be a dedication ceremony Sunday for the families of nearly 3,000 victims who lost their lives in the attacks.

“I know full completion of the site is still a dream waiting to happen,” said Ashleigh Jaines, 29, who lives blocks away from the site in lower Manhattan. “But I can’t wait for the day when Ground Zero is no longer ground zero.”

The memorial plaza will cover about eight acres of the 16-acre site and feature two sunken pools, both of which lie in the footprints of where the Twin Towers once stood and features a waterfall used to drown out the noise of the surrounding city.

Names of the victims from both the Sept. 11, 2001, and the Feb. 26, 1993, attacks on the World Trade Center will be inscribed into bronze parapets surrounding both pools, according to the National September 11 Memorial and Museum website.

“It’s nice to know that after all these years, the families of the victims finally have a proper place to honor the lives of their loved ones,” said Jonathan Couey, 22, mechanical engineering major.

New York resident Ada Albano, 22,  said she couldn’t believe ten years have past since the attacks, a sentiment that seemed common among her fellow Empire State residents.

A museum, planned to open in fall 2012, displaying artifacts, photos, videos memorabilia and recorded testimony, a transportation hub, and a restaurant designed to look like a bird in flight will all be part of the still-under construction site.

“Every New Yorker has been waiting to see progress on this site,” Jaines said. “I’ll be there when the memorial opens.”