W-Soccer: Matadors confident they can get wins at Purdue 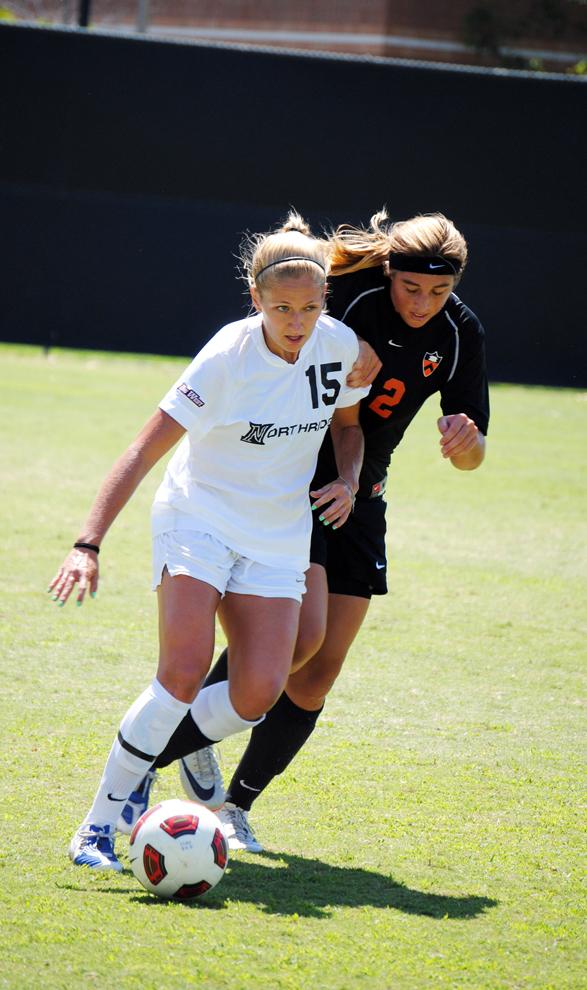 After four attempts, the CSUN women’s soccer team finally captured its first win of the year by scoring a season-high three goals against Princeton on Sunday. Now, the Matadors will look to keep the momentum alive as they travel to West Lafayette, Indiana to compete in the Boilermaker Challenge this weekend.

CSUN (1-4) will play against host Purdue for the first time in school history on Friday night and face either Kansas or Dayton on Sunday afternoon.

In the Matadors’ victory over Princeton, senior forward Heidi Farran led the way with two goals while senior defender Brielle Slepicoff added a goal and an assist.

“It’s really good we (won) before Indiana, so we can go in there with confidence,” Farran said. “We’ve been losing tough games that maybe we shouldn’t have lost. This gives us reassurance that we are that good and we can score multiple goals in one game.”

Freshman forward Alex Hairston leads Purdue with two goals and has five points for the season. Three other Boilermakers have scored one goal apiece.

CSUN beat Kansas in the teams’ only meeting ever last year and has never faced Dayton.

Kansas (5-2) is the hottest team coming into this tournament. The Jayhawks have won five gamesin a row after losing the first two of the season.

The Jayhawks have played against one ranked opponent this season and defeated it, No. 20 San Diego, 2-1, in San Diego on Aug. 28.

Freshman forwards Ingrid Vidal and Jamie Fletcher lead the Jayhawks with four goals each and junior forward/midfielder Whitney Berry leads them in assists with seven. Vidal, who has 11 points, has played for the Colombian National Team in three Women’s World Cups: the 2008 U-17 in Australia, the 2010 U-20 in Germany, and this year’s FIFA World Cup, again in Germany.

Whitney, who also has 11 points, is a back-to-back All-Big 12 Conference Second Teamer.

Dayton (4-1) lost its most recent game, to Wisconsin, 3-1, on Friday. Junior forward Colleen Williams leads the Flyers with four goals and four assists. Junior goalkeeper Katherine Boone (11 saves) has a .688 save percentage.

CSUN is going into this tournament with a lot of confidence.

“I think we’ll do well,” CSUN head coach Keith West said. “I expect the way we played [Sunday] to continue; to focus, to be persistent on our game plan and do it.”