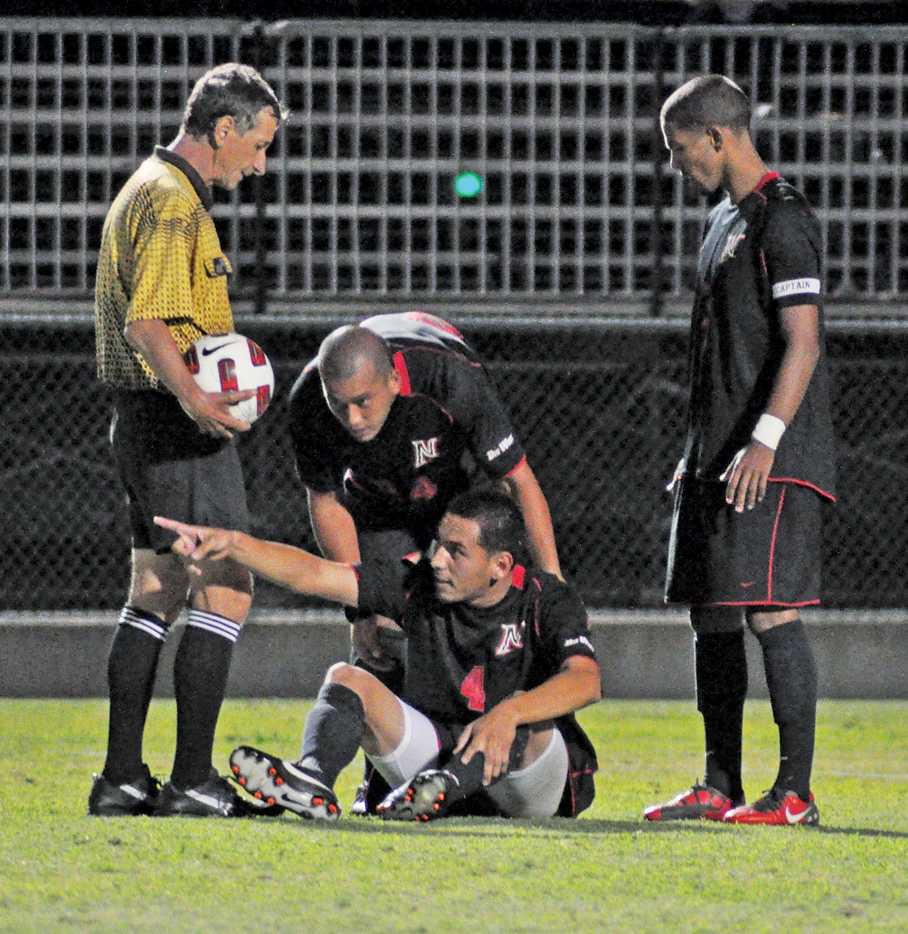 The Matadors (1-2) head to the Midwest for the TLC Lobo Invitational to play Missouri State (0-3) and New Mexico (2-0-1) on Friday and Sunday respectively. CSUN is looking to get back on track after losing two home games at its Labor Day Classic against Akron and UNLV last weekend.

Although they lost, the Matadors’ ability to send both games into overtime has head coach Terry Davila feeling optimistic about the team.

“I haven’t been this proud of a Northridge team in a long time,” Davila said following Saturday’s loss to defending NCAA champion Akron. “I’m super proud of this group.”

The match against the Zips showed CSUN’s strength as a team. The Matadors were able to hold their own against the No. 2 team in the nation while playing with 10 men for most of the game. Also, their defense was solid and gave them a chance to tie the game after midfielder Yarden Azulay took advantage of a Zip defensive mistake eight minutes from the end of regulation.

“(Azulay) is one of those guys who give 100 percent-effort all the time,” CSUN co-captain Joe Franco said.

Fouls were the key issue in both matches for the Matadors. They accumulated a surprising 48 fouls in the tournament, compared to a combined 20 fouls for their opponents.

“We got a little too excited and overzealous, and it wasn’t our game plan,” Davila said. “We just need to be a little more disciplined about our tackles. There’s a difference between being tough and reckless, and I think we went over the edge of being reckless.”

Shooting has not been an issue for the Matadors, having piled up 51 shots in the first three games. The problem has been scoring, however, and it’s a problem that’s plagued them since last season. So far, CSUN has 18 shots on goal and only four goals to show for it.

“Mainly, we need to stay focused,” Franco said. “All of us have the talent and skill to finish, and when the opportunity presents itself, (we need to) just finish it.”

CSUN co-captain, midfielder Rafael Garcia has missed the first three games of the season due to a left knee injury that required him to have surgery. Teammate Rene Anguiano has had difficulty filling in for him, especially because he’s recovering from a surgery of his own.

“It’s been hard to come back since my surgery in the summer,” Anguiano said. “I just have to get better and do (Garcia’s) work.”Anguiano had surgery on his left foot, where a screw was used to aid in healing. He had an opportunity to remove the screw before the season started, but decided to play with it for the time being.

CSUN’s first rival, Missouri State, is also a team that’s trying to come out of a slump. After a 2010 season in which they finished tied for second in the Missouri Valley Conference, the Bears have had a rough start to 2010, with losses to Belmont, Tulsa, and Memphis.

Second-team All-MVC midfielder Heath Melugin has yet to have an impact for his team. Ending last season with seven goals and one assist, Melugin so far has two shots on goal and no scores in 2011.

As a team, Missouri State has also struggled to score. The Bears scored one goal in both matches against Belmont and Tulsa, but Memphis was able to shut them out on Sunday.

New Mexico is looking to continue its early-season success. Not only have they shown their offensive capabilities by scoring four goals in their three games, but they also haven’t allowed a goal yet in 2011.