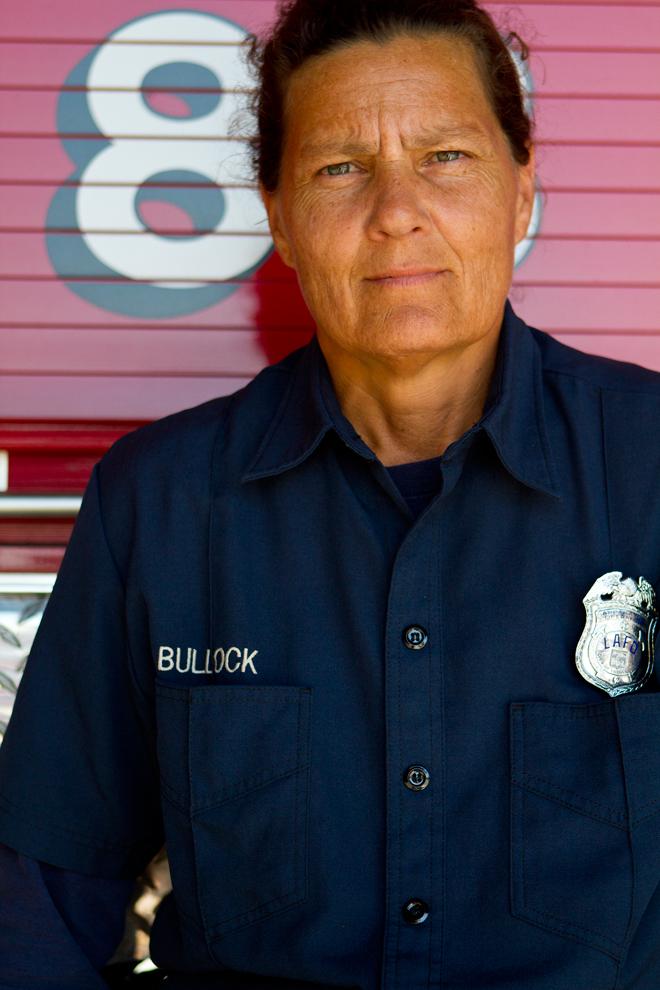 Hollyn Bullock was jogging on the morning of Sept. 11, 2001, when her friend called to deliver the news that over the next 36 hours would change her life.

Bullock jumped in her car and drove from San Diego to Los Angeles.

“On the way, I heard on the radio that people were jumping to their death; it broke my heart,” said Bullock, firefighter for Station 88 in Sherman Oaks.

The next thing she knew, Bullock was boarding a plane at the March Air Reserve Base in Riverside.  She was bound for New York City.

“We left around midnight and once we got in the air the captain came out, looked at all of us and said, ‘We are the only airplane, aside from the two fighter pilots escorting us, flying in the U.S.,’” Bullock said.

After landing in New Jersey, Bullock and a crew of first responders loaded into a couple flatbed 18-wheelers and headed to the disaster area.

Manhattan was like the 405 freeway during morning traffic, Bullock said.  Emergency vehicles lined the streets and smoke was still hanging over the city.

“As we were coming in, people were lining the streets and clapping and cheering and all I could think was, ‘We haven’t done anything yet,’” Bullock said. “They were probably all of the people that couldn’t get in to help so they were cheering us on instead; it was impressive.”

Military and civilian volunteers helped to rescue trapped victims in a scene Bullock described as ants on an ant hill. By the fourth or fifth day, they were able to get people out of the rubble.

“I know it was a dangerous environment but I don’t know how they could tell someone to leave,” she said.

Everyone had to set their pride and training aside and sweep the streets if that’s what they were asked to do, Bullock said.

“For some of the best trained, it was hard to swallow but no one was left alive and you don’t just go home, you stay and help,” she added.

Although Bullock’s role focused on logistics, she said she always wanted to do what inspired her: to search.

She was given one accidental opportunity to do so.

Bullock was with a group of emergency responders sent to examine an area under the rubble. She and another person zig-zagged 150 feet down where they found a basement storage area filled halfway with water with a layer of diesel gas floating on top.

She said a search group from Indiana had been on the other side of a door trying to cut through when the sparks ignited the gas, a few of them sustained burns.

“That’s just what people did,” she said.  “They found doors and tried to open them, hoping that a person would be in some void waiting to be rescued.”

Bullock spent 10 days in the Big Apple, and called her family in California daily.

“They would tell all of their friends and family and coworkers about what I would tell them,” she said.  “It allowed them to feel like they were a part of helping. Deep down everyone wanted to help but couldn’t.”

Firefighters at home in L.A. helped the families of those who were sent to help in New York, Bullock said.

“The spirit of us being there was bigger than anything we actually did,” she added. “New York is macho and initially didn’t want help. They said it was their problem and they could handle it, but they realized they did need help and that it’s OK to ask for help.”