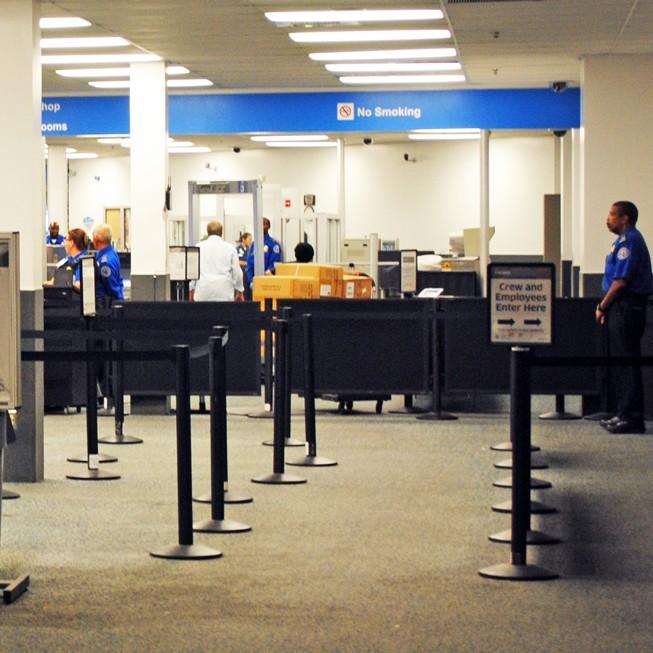 Airplane security has been tightened, heightened and strapped since Sept. 11, 2001, when the mode of transportation became the weapon of choice.

The Transportation Security Administration (TSA) was formed in November 2001, putting officers on patrol for the security of the transportation systems, including airports, according to their website. In March 2003 this agency was transferred to the Department of Homeland Security.

Nearly 50,000 TSA security officers screen approximately 2 million passengers each day at 775 security checkpoints in more than 450 airports nationwide, according to their website.

Passengers have shouldered the cost for the new security through government fees, most notably the 9/11 fee. One-way travelers pay $5, and round-trip tickets have a $10 fee tacked onto them.

“When you’re in eighth grade, you don’t think people are attacking,” Franke said. “When I first saw (the clip) I thought it was an accident, I didn’t really think anything of it.”

After having watched two consecutive hours of news coverage the night of the attacks, Franke said new security measures make him feel safer at the airport.

“I think they are a lot better because I feel they are a lot less careless,” Franke said. “But honestly when you get on a plane, unless you are really paranoid, I don’t think that you’re going to assume it going to get taken over by terrorist situation.”

Post 9/11 travel permits 3 oz. bottles of liquids be carried on to the plane, requires the public to arrive two hours ahead of schedule due to extra screening and all people must have a boarding pass to make through the first security checkpoint.

Other security measures require passengers remove their shoes and jackets before walking through x-ray machines.

Elizabeth Cervantes, a retired administrator for the Los Angeles Unified School District, has flown domestically and internationally since the attacks, which she said did not affect her propensity for air travel.

While current rules are definitely increased, Cervantes said she noticed some of the rules did not apply on certain trips.

“For example, I use eye cleaners for my contact lenses,” Cervantes said. “Sometimes I have the little (bottle) they used to say was ‘TSA approved’ and sometimes they let me through with it, but occasionally they take it.”

During another trip, Cervantes said she traveled, and made it past security, with a tube of toothpaste in her shoe.