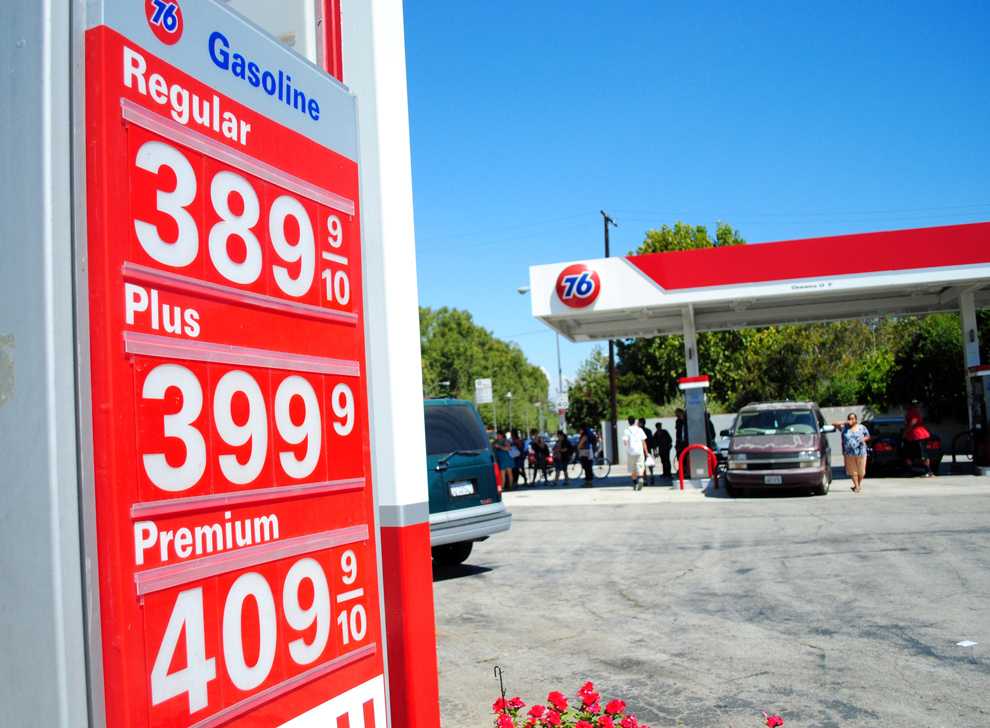 Prices from the 76 Gas Station across the street from CSUN on Lindley and Nordoff, September 7, 2011. The average price for gas in Los Angeles is $3.93 per gallon, going up 16 cents from last months average and 97 cents from last years average. Photo Credit: Andres Aguila / Daily Sundial

What have been steadily rising prices at the pump are expected to decrease by the end of the month, giving the wallets of CSUN’s commuting population a break.

Average retail gas prices in Los Angeles rose last week to $3.95 per gallon for a monthly increase of about 4.5 percent, and up nearly $1 from the same time a year ago, according to the website Losangelesgasprices.com.

But cooling temperatures will likely mean customers won’t get burned when buying gas.

“In winter, consumers aren’t travelling as much for vacation, demand drops so the product is cheaper,” said Gregg Laskoski, senior petroleum analyst at GasBuddy.com. “We’ll see a decline after September 15 when gas refineries can start putting out their ‘winter blend.’”

The winter blend, which can be sold September 15 through April 30, is cheaper for refineries to produce because there is more butane and fewer additives, Laskoski said.

Environment Protection Agency (EPA) requires certain additives be in the summer blend, available May 1 to September 30, to help the fuel burn cleaner, and heavily regulates the summer blend due to increased driving, Laskoski said.

The lowest prices of the year are during the fourth quarter from September to December, he added.

Parking lots are full of commuting CSUN students, and more than 70 percent of them drive to campus alone, according to a 2010 survey by CSUN’s Institute for Sustainability.

Although 6 percent of students carpool to school, 66 percent would be willing to carpool under certain conditions, like compatible class schedules, proximity to their home, driving style and personality of the carpooling partner, according to the survey.

“If I could find someone with the same schedule, I would consider carpooling,” said Max Beaulieu, senior English major from Santa Clarita. “I only go to school twice a week this semester, I can’t afford the gas to get here otherwise.”

Beaulieu’s car gets about 25 miles per gallon and uses more than one gallon each day, he said.

With fuel prices high, Beaulieu said his alternatives were slim and chose classes that met twice a week.

Géna Williams, a fourth-year biology major who commutes from Long Beach,  gave up her Mustang for a Honda Del Sol.

“I had to sell my first dream car in order to get a more gas efficient car,” she said. “Before, my commute was costing me $25 each trip. Now, I get 40 miles to the gallon.”

Williams has classes four days a week and works in the Valley, but plans to transfer soon.

“I tried to construct my schedule this semester so I was in the Valley as little as possible,” she said.

On a good day, Williams said she can make the 50-mile drive in an hour. With traffic, it can take two hours to get to school.