More wireless access points to be added during fall semester 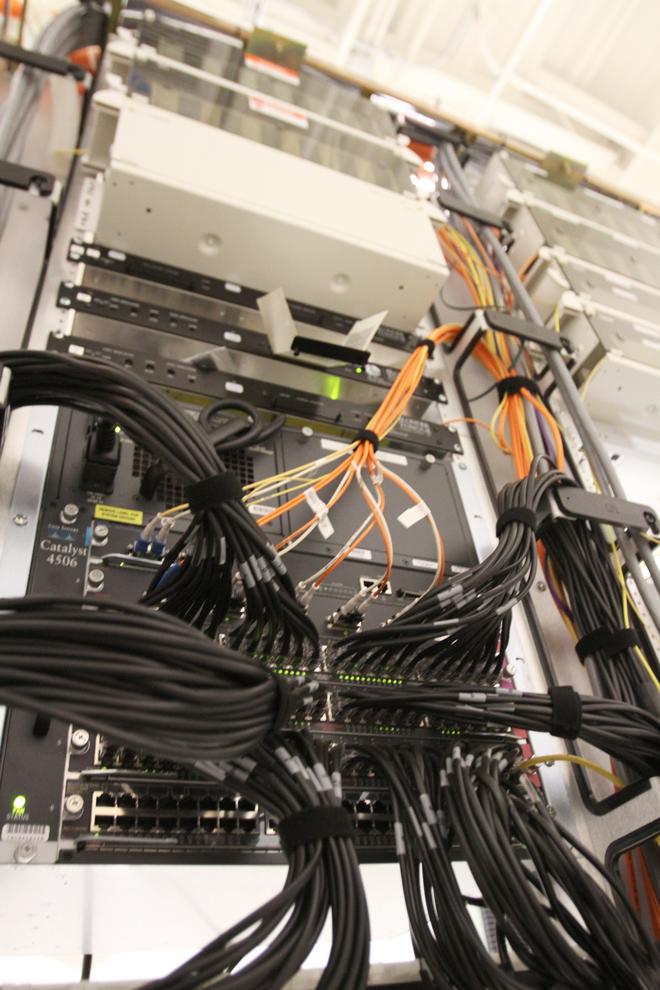 One of several network switches in a telecom room in Manzanita Hall helps in directing network traffic from and to users on campus. The access points on campus connect to these network switches. Photo Credit: Tessie Navarro / Visual Editor

Students will be even more connected after CSUN adds 400 wireless access points during the Fall semester.

Costs associated with the project include hardware such as controllers, cabling, licenses, installation and the wireless access points themselves, Leese said.

New points of entry for wireless communication between the campus network and students’ computers will be added inside academic buildings and the Oviatt library, and are expected to be complete by January 2012, Leese said.

CSUN has about 400 access points already installed and will be activated throughout the Fall semester, Leese said. Adding the additional 400 points will bring CSUN’s total new points to just under 800.

This means that more students can access the wireless network within a given area, increasing density, or the number of students able to connect on a single access point, Leese said.

Students complained campus Internet was slow loading during the first weeks of the semester, but IT officials said the wireless network has not reached its 16,000 simultaneous-user capacity.

The network’s busiest time is the first week of the semester, Leese said.

But even during this semester’s busy period, only 7,000 unique users were logged into the network, she said.

Students have noticed the ebb and flow of wireless coverage on campus.

“Certain areas on campus are better than others,” said communication disorders major Gurleen Bedi, 18. “Obviously, inside the buildings it’s better than the outdoor lawns.”

In addition to expanding coverage, the IT department monitors and fixes problems using feedback from its help center.

CSUN has a dual gigabyte connection to the Internet, meaning there are two different paths to campus from service providers AT&T and the Corporation for Education Network Initiatives.

If one path fails, traffic is automatically routed to the second connection, Leese said.  Since both providers support all CSU campuses, the real problem would come if both paths fail.