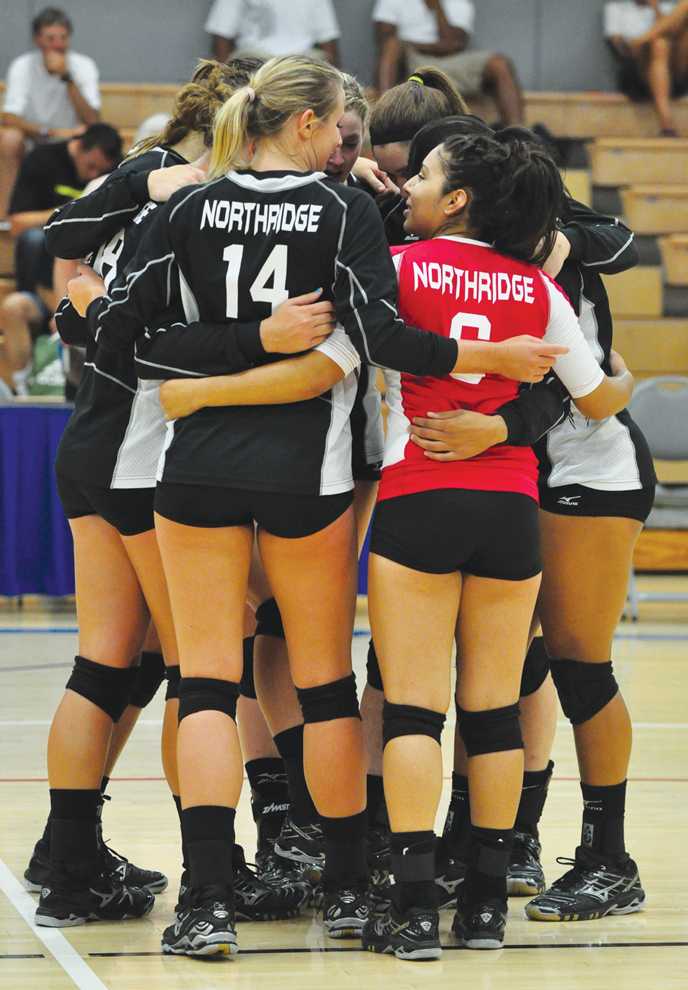 The Matadors (6-5) will look to close the non-conference part of their schedule Saturday against BYU. Photo Credit: Tessie Navarro / Visual Editor

One CSUN team played up to the level of UCLA, and even beyond. The other didn’t look good enough to make the Bruins’ practice squad.

“Consistency is always something we’re trying to achieve,” Stork said. “Production of points, and consistency, which means removing some of the errors we’ve been making.”

An avalanche of errors (19 total) at crucial times prevented the Matadors (6-5) from following through on their remarkable first and third-set jump on UCLA and sent them home with a head-scratching loss.

It doesn’t get much easier as BYU will be visiting the Matadome Saturday afternoon in what will be CSUN’s last game before Big West Conference play starts.

Stork said the focus of practice this week would be “high-ball hitting,” aka getting kills.

During Monday’s loss, the Matadors, who at times looked brilliant only to then break down midway through the sets, ended up hitting only .079.

“You got to play at a certain level,” Stork said. “I feel we’re capable to make the jump to that type level.”

Though BYU isn’t in the ranks of the Bruins, it’ll certainly prove to be a formidable challenge. Coming into this weekend, the Cougars (10-2) are riding a nine-game winning streak that includes a sweep of Utah, team the Matadors faced and lost to, 3-0, on Aug. 27.

Last week’s Big West Player of the Week, CSUN kills’ leader Mahina Haina, would definitely like to close the non-conference season with a confidence-building win.

“We want to carry momentum into our (conference) season,” she said.

Haina, a sophomore outside hitter, will square up against a rising star in BYU sophomore Jennifer Hamson, the current West Coast Conference Player of the Week. The Cougar outside hitter is outstanding on both offense and defense and has recorded 41 kills and 29 digs over BYU’s last three games.

BYU will play at Cal State Fullerton a day before visiting the Matadors.

Besides “consistency,” Stork feels intensity and homecourt advantage will have a role in how the Matadors finish their non-conference games. He, however, is not putting any extra emphasis in the match only because it’s the pre-conference-season finale.

“(All the games) are important,” said Stork, whose team will be playing at home for only the second time this season. “I don’t care where it is or when it is. They’re all important.”
What Stork will likely care about on Saturday, however, is not seeing two different teams wearing Northridge jerseys.