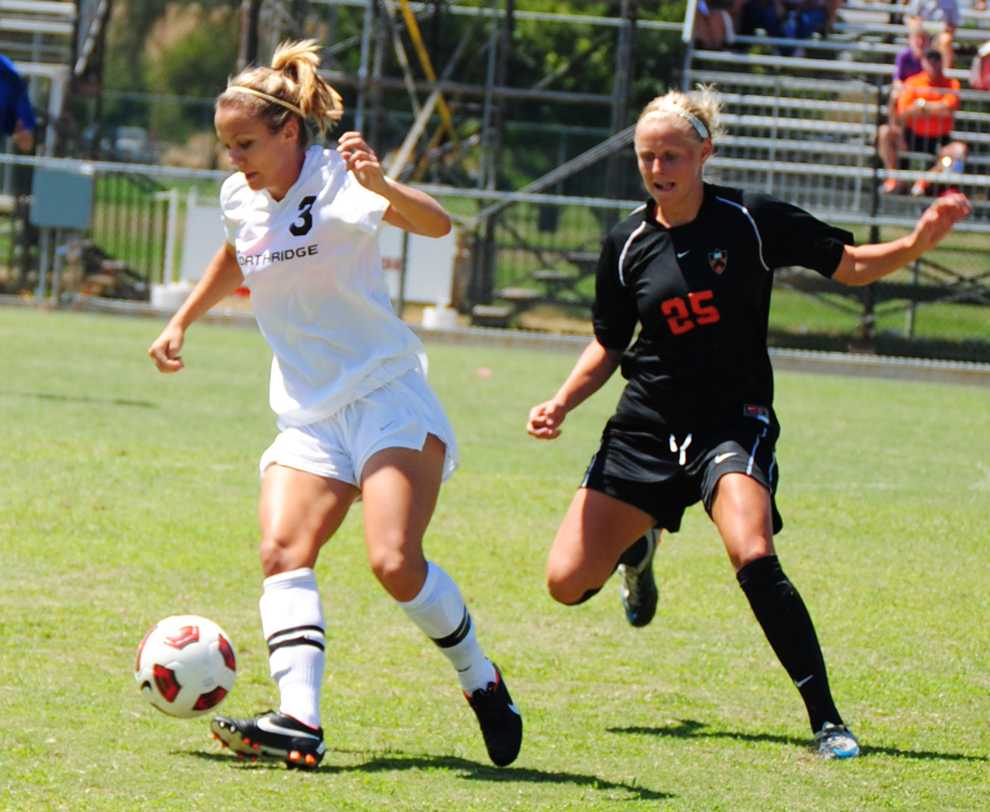 After finding the back of the net only once in the first four games of the season, CSUN (1-5-1) has picked up the pace offensively with five goals the last three games.

“We’re starting to score some goals, but it is not a burst,” he said. “The scoring better continue or we’re going to be in for a long season.”

When CSUN has multiple goals, it usually finds itself on the winning side.  Since 2008, the Matadors are 19-1-1 when they score two or more goals in a game.  This season,  they’re 1-0-1 in the occurrence.

Senior forward Heidi Farran has been the main contributor to CSUN’s recent scoring increase.  She has half of the six goals the Matadors have scored this season, scoring two of those in the Matadors’ only win of the season so far, against Princeton on Sept. 4.

Farran recorded her third against Purdue in the Boilermaker Challenge on Friday, but she doesn’t take all the credit for her goals.

“The goals aren’t a result of individual play, they’re a result of team play,” she said. “I’m happy that I scored and I’m also happy when someone else scores.”

Farran is tied for sixth in goals and is seventh in goals per game in the Big West Conference. She also leads the Matadors in shot attempts with 21.

“It’s just another accomplishment added to the list,” Jacobo said. “It’s something I know I’m getting better at and I’ll just keep getting better.”

The junior is also approaching the record for most shutouts and wins in school history. Jacobo is second in shutouts with 12 and third in wins with 17, just one behind April Cline (2005-06).

Long layoff: The Matadors have 12 days off before playing their next game, at Loyola Marymount on Sept. 23. This will be the team’s first week off since the season started a month ago.

According to West, the break is positive for the Matadors because it’s “time to recover.”

This is the first time the Matadors will have this long of a break in six years.