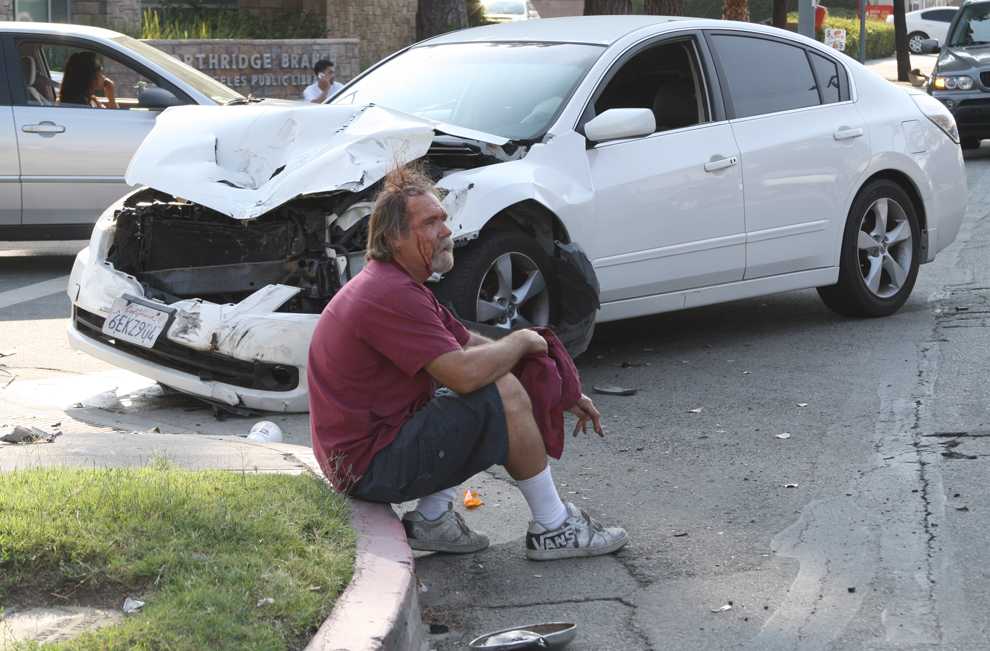 Don Hackman, 58, sits on the curb of Nordhoff Street and Darby Avenue after the white Nissan Altima (behind) crashed into his black Chevrolet truck on Wednesday. Photo Credit: Mariela Molina

Two motorists were involved in a collision Wednesday afternoon just outside of the CSUN campus.

No CSUN students were involved in the accident, which occurred at about 4:30 p.m. at the intersection of Darby Avenue and Nordhoff Street.

Both drivers were alone in their cars, which sustained damage to their noses.

Hackman was taken to Northridge Medical Center for minor cuts and bruises.

Suzie Napoles, 20, said she stopped to check on the drivers and called 911 after she had noticed Hackman bleeding from his forehead.

The Los Angeles Fire Department arrived on the scene about 10 minutes later, blocking eastbound traffic on Nordhoff and instead diverting it through Darby Avenue.