Morning classes prove to be better for college students 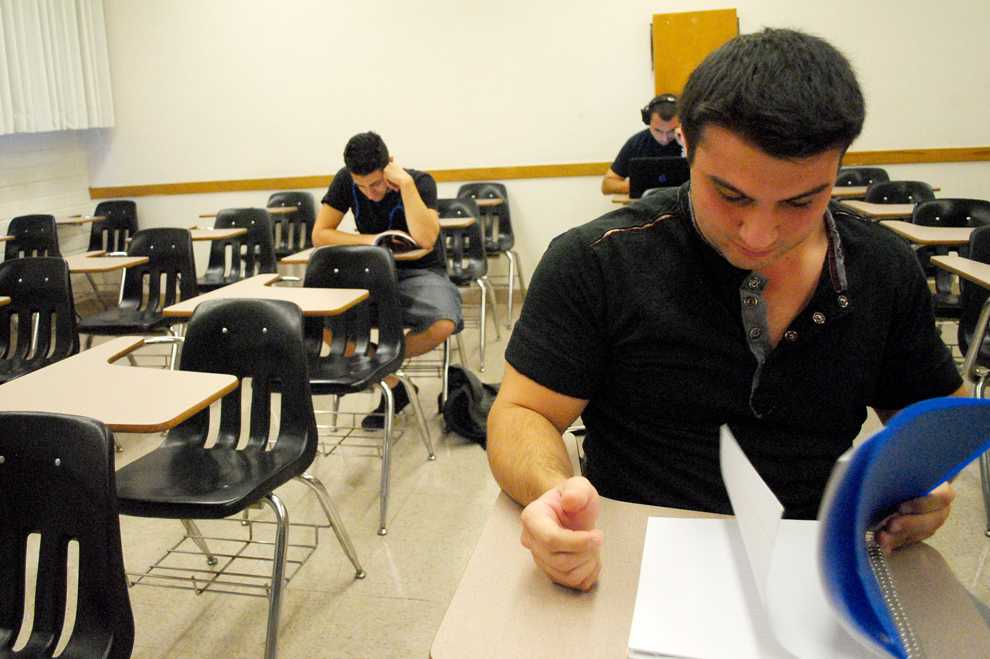 Despite only being able to nab one morning class this semester, Ellie Sol, communications junior, advocates taking morning classes as a way to make the most of every day.

“(After a morning class) you don’t have to worry about it anymore and you can have time to study or go out,” Sol said. “You’re fresher in the morning. Toward the night, you’re just tired.”

A recent study by St. Lawrence University proved this to be true. Students who wake up early for morning classes tend to get better grades.

The study, conducted by psychology professors Serge Onyper and Pamela Thacher, found that students who took later classes slept more but also had more time to go out with friends, which may mean late nights. The reasoning behind this is the level of maturity when it comes to handling a college career.

“If you know you don’t have to be in class until 2 p.m. then why go to bed at 9 o’clock the night before just to get up at eight in the morning just to sit around,” said Sam Wachtor, geology senior.

Students rationalize that by taking later classes, they are able to sleep in and be better rested — but the study found it was a lower quality of sleep.

“The effects of later class-start times might include more sleep,” said Thacher in a prepared statement. “But this might be offset by lower quality sleep, which in turn might affect students’ ability to engage, intellectually, with their coursework.”

“Those who choose later classes also tend to sleep longer and consume more alcohol and other substances, while those who elect earlier classes may be more motivated to find ways to offset the early start time by making healthier choices about their daily living,” Thacher said.

However, simply attending early classes will not raise a student’s GPA.

“It’s the maturity of the learner and their intent for being there,” said Cynthia Desrochers, professor of education at CSUN.

With 29 years of teaching an array of students under her belt, Desrochers argues no matter what time of day the student attends class, students who are just starting their college education tend to be less serious about their classes.

According to the listing of classes in the myNorthridge student portal, CSUN offers roughly the same amount of morning and night classes. Additionally, most graduate classes are evening classes, in which more experienced students are enrolled.

In a class of graduate students, Desrochers noted the students were more mature not only in age but in having gone to school longer and knowing what they want to do in life.

“Whether I had them at 8 in the morning, 1:30 in the afternoon, or 7 o’clock at night, they were mature learners,” Desrochers said.

After teaching multiple semesters of a freshman seminar, she said she noticed more of a range in maturity levels of students because they were, for the most part, still immature. She said it being their first time away from home and them staying out late was a probable impact.

Wachtor took note of this trend in his classes throughout his years at CSUN.

“At this point, all my classes are with majors, not just 100-level GE classes with all the rowdy kids,” Wachtor said.

Many seasoned CSUN students tend to resist night classes but give in when morning classes are unavailable.

“I get tired later on in the day, and it’s harder to focus and concentrate,” Witkosky said. “But you can’t always do that because there are so many other factors that play into that. Sometimes, the class isn’t even offered in the morning or your schedule doesn’t allow for it.”

With this information, students can tweak their schedules to make the most of the thousands of dollars they are spending on school.