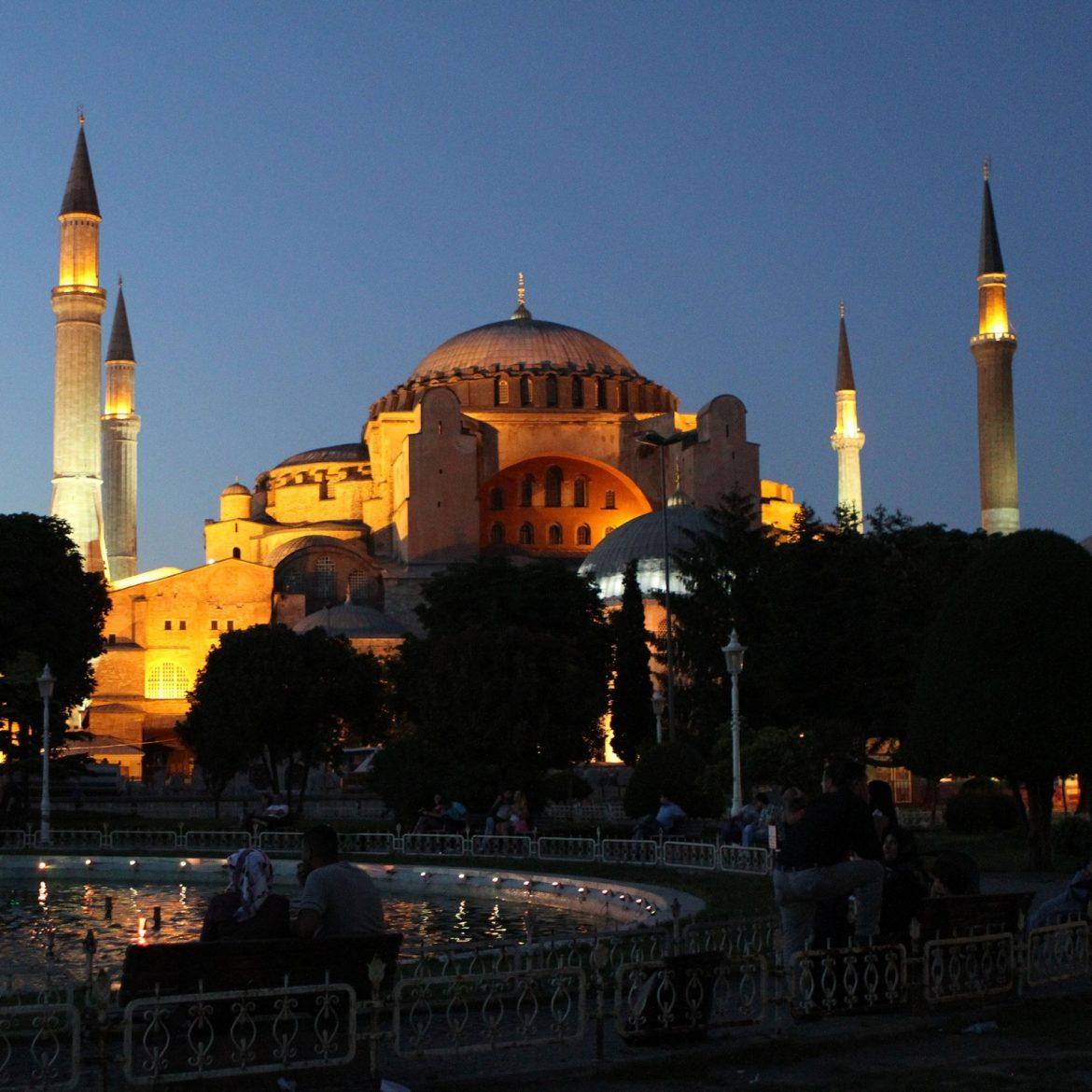 The Aya Sofya, in the Sultanahmet district, is one of the most famous tourist attractions in Istanbul. The structure, which is well over 2000 years old, was first used as patriarchal basilica, later as a mosque and is now a museum. Photo Credit: Kat Russel

Who knew that an email could change the course of my life? It certainly wasn’t what I was expecting when I opened the mass email my adviser had sent out. But there it was – opportunity knocking, and opportunity’s name was The Istanbul Project.

If the universe saw fit, I was to study journalism in Istanbul for five weeks through ieiMedia — an intensive international journalism program.

Whether or not I was going to be able to pull it off was questionable. I am a single mom and a fulltime student, and making that work is hard enough without me being in a different country. On top of that, I’m not exactly swimming in pools of excess money.

weeks away from my son? Could I justify the future financial burdens that would result from my going? Did the benefits of such an opportunity outweigh the cons? In the end, I concluded they did and with that, my journey began.

The months before my departure were a whirlwind of preparation. There were countless emails back and forth with the program administration, the professors, and my future classmates.

I spent many evenings glued to my computer researching possible grant and scholarship programs. There were applications to be filled out and essays to write and letters of recommendation to collect. I had to get my transcripts in order and mailed out.  Not to mention the finalizing of the actual trip details. On top of all of that, let’s not forget homework doesn’t take a vacation simply because I had a trip to plan. It was madness.

About a month before my departure, I received some of the best news I could have. All my hard work researching and applying for grants and scholarships had paid off. I had received a $5,000 scholarship from the Benjamin A. Gilman Scholarship fund to pay for my study abroad experience.

I was shocked! While I was researching financial-aid possibilities, I always found a reason why I didn’t qualify for that grant or why I wasn’t going to get this scholarship. However, one of the most valuable lessons life has taught me thus far is to not let the details keep me from trying. Lesson learned and reaffirmed.

With all my ducks in a row, Istanbul became tangible. Istanbul beckoned. Anticipation and excitement and fear and anxiousness all had their way with me. I was going to Istanbul.

There are likely many students who would love to have the opportunity to study in another country. Over the next few weeks, I will share my adventures in Istanbul ranging from studying abroad, to experiencing a drastic shift in perceptions, to finding unexpected romance.

I hope my experiences will inspire you to take a chance, fill out an application or two, and see what the world has to offer.