Weekly Column: Instead of losing it, Ortiz responds to Mayweather’s sucker punch with smile 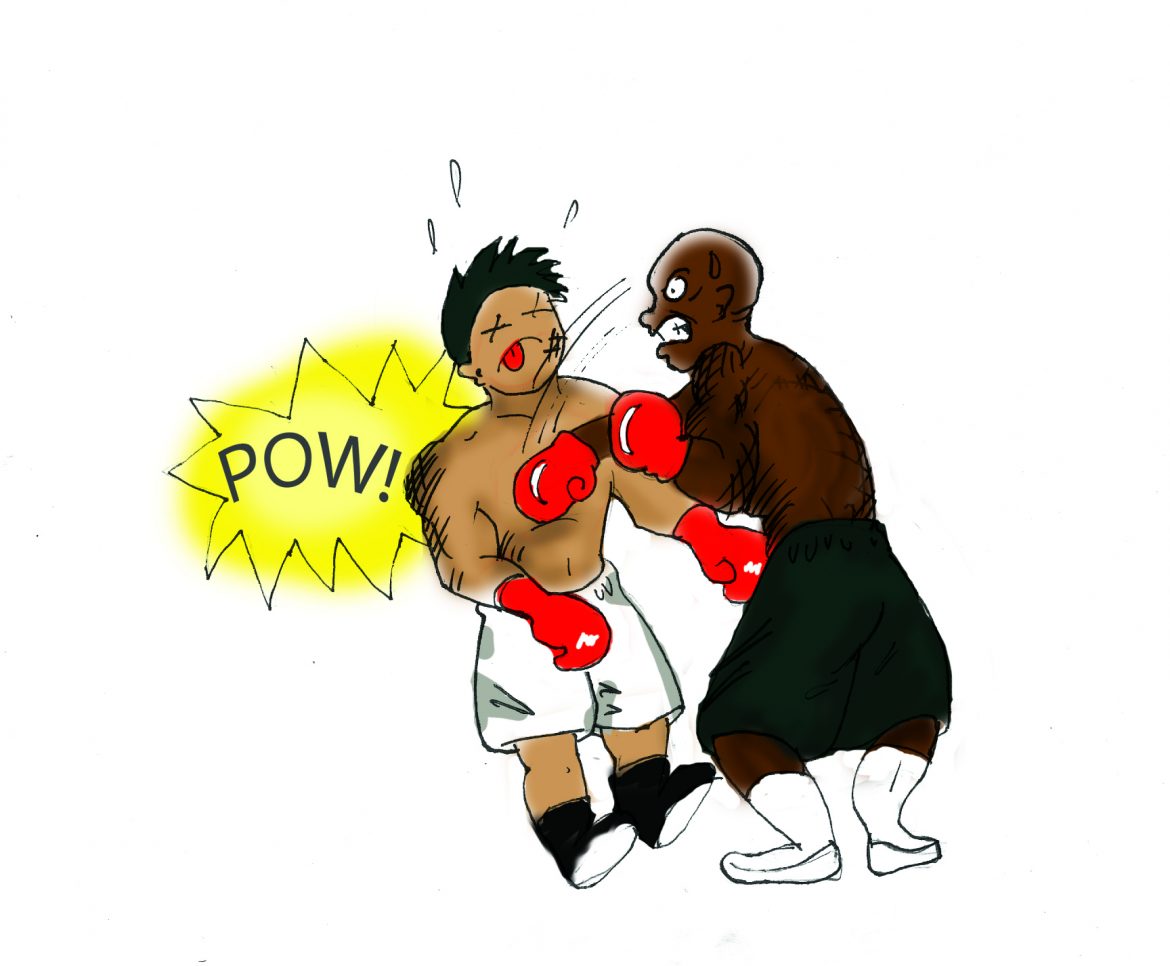 Saturday’s megafight between welterweights Floyd Mayweather Jr. and Victor Ortiz brought a wide range of emotions as the fight ended in the fourth round after a bizarre chain of events. The emotions, a few days later, are still conflicting.

Mayweather was as classless as ever, but it was Ortiz’s lack of fighting spirit after the fight what was the most frustrating.

It all started in the middle of the last round when Ortiz rammed his head against Mayweather’s after pinning him in a corner. Referee Joe Cortez immediately halted the action to take a point away from Ortiz. What happened after is when things became strange.

After apologizing far too much for the headbutt, Ortiz gave Mayweather a hug while Cortez was looking the other way. When they released, Mayweather took a quick step back, threw a left hook to Ortiz’s chin that caught him off guard, then followed with a rocket right hand that put Ortiz down for the count.

As the doctor was checking out Ortiz in his corner post-fight, Mayweather briefly stopped his celebration for a half-hearted hug with Ortiz, this time choosing not to sucker punch him. Ortiz smiled wide and accepted it.

Of all the possible emotions Ortiz would have been justified in expressing, happiness was the only one that wasn’t acceptable. He should have been in the face of Cortez, who clearly lost control of the situation. While it wouldn’t have been the classiest of moves to throw a tantrum, sometimes the only way to demand justice is by fighting fire with fire.

What’s even more infuriating: Danny Garcia, Ortiz’s trainer, did not contest the outcome at all. As the most trusted person in Ortiz’s corner, it was Garcia’s responsibility to protect his fighter. He should have been the first in the ring to confront both Cortez and Mayweather, throwing wild punches and screaming vulgarities at anyone on the other side.

Both Ortiz and Garcia, as well as anyone else associated with the Ortiz camp, should have incited a riot inside the ring immediately after the fight.

Clearly Mayweather had no respect for the vastly less-experienced fighter, which is exactly why Ortiz shouldn’t have smiled at him and instead gotten in his face and expressed outrage at the cheap shots.

Chances are, it would have been the most exciting moment of the entire event.

Boxing has the capacity to be a gentleman’s sport, defined by a bond only garnered through several rounds of grueling – sometimes bloody, and almost always respectful – warfare. When a fighter decides to abandon this respect, like Mayweather when he chose to take advantage of the naive Ortiz, the gloves need to come off, literally.

Is a bare-knuckle reply the most sophisticated solution to a bad situation? Certainly not, but at least Ortiz and his camp would have walked away knowing they went down swinging.

Ortiz is a nice kid. It’s obvious he’s good-natured, but when entering the squared-circle, a boxer must abandon the niceties and understand it’s a fight. Plain and simple. He felt bad for the headbutt and he should have. It’s dirty tactics used when frustrated and overmatched.

Yes, Mayweather was winning rounds, and it’s likely he would have run away with a decision if not for the cheap shots, but Ortiz was still making him work much harder than he had in his last several bouts combined.

There wasn’t a need for a headbutt, but there was even less of a need to apologize more than once. Ortiz is young, inexperienced and it was revealed in the most dramatic of ways.

Lesson (hopefully) learned, Ortiz: Don’t inherently trust people are as well-mannered as you, especially in the middle of a fight. And if you do get burned, show a little backbone and stand up for yourself.