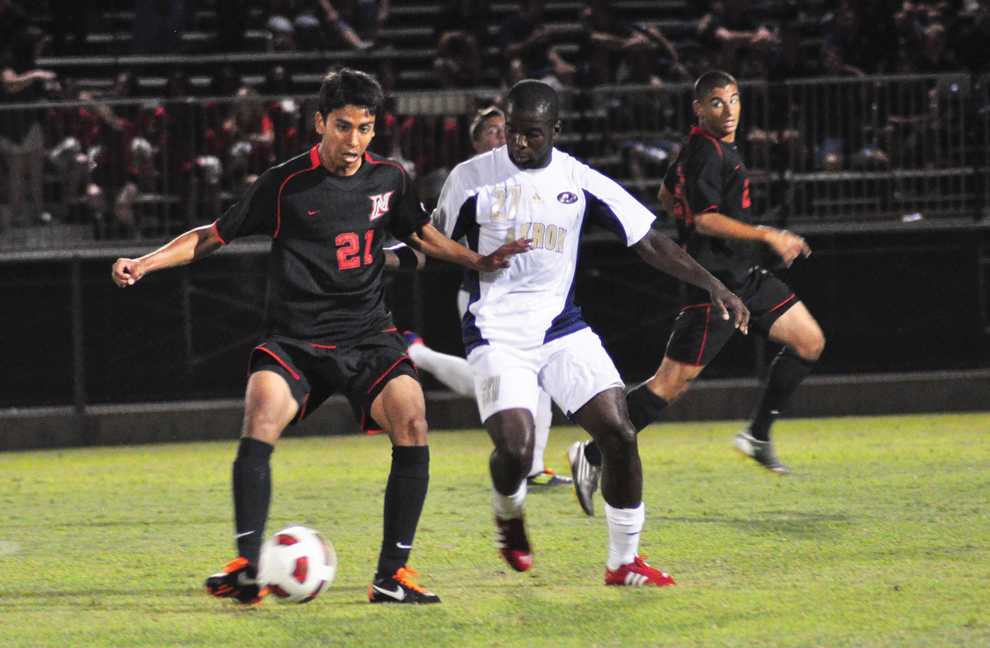 “Overall, the defensive performance is a lot better and much tighter,” Davila said.

The Matadors allowed CSUB forward Gyasi Zardes to score two quick goals that put the Roadrunners up 2-0 in the first half, but they were able to slow him down for the rest of the night.

“After (Davila) talked to us at halftime, he told us that this is not the way that we play,” co-captain Joe Franco said. “We came out in the second half and put it to them. We played our game.”

Though the team was able to prevent the Roadrunners from scoring on them thereafter, midfielder Thomas Ramos wasn’t all that satisfied.

“There’s been a couple of mistakes that killed us,” he said, “but most of the time, our defense does really well.”

Franco said the team was not going after the ball against its opponents, and he thinks the key to winning starts with defense.

“We have to work defensively first,” Franco said. “If they don’t score, then they don’t win.”

SMU has had a slow start compared to last season when the Mustangs had a nine-game winning streak to start the year and finished with a record of 16-2-2.

CSUN has to worry about two key SMU players: midfielder Arthur Ivo and forward Juan Castillo. Ivo and Castillo had 10 goals each and combined for nine assists last season.

This season, Ivo and Castillo have only scored a goal apiece in what’s become a balanced Mustang attack. SMU has nine goals this year, all scored by a different player, while CSUN has scored at least once in every game this season.

“We’re creating a lot of opportunities,” Davila said. “But we need to keep creating opportunities to lower our ratio of shots-to-goals.”

Following a 3-1 loss to New Mexico on Sept. 11 in which they were ahead for most of the game, the Matadors were glad to be on the right side of a comeback against Bakersfield. Davila says the team has learned from its tough losses.

“Losing to Akron and New Mexico the way we did is showing that we’re improving, but we have to figure out a way to win those games,” he said. “We have to give a solid 90-minute performance, and we haven’t done that yet.”

Someone who had a solid performance was Ramos, who recorded the first goal and assist of his career against CSUB. Those numbers helped him earn Big West Conference Offensive Player of the Week honors Monday.

He had no idea of the kudos until a teammate brought it to his attention during practice that day.

“Before (lifting) weights, (Rafael Garcia) told me, and I was just smiling,” Ramos said. “It was exciting, but I didn’t know (before that).”

Through six games last season, CSUN had no wins. At the same point this season, the Matadors already have two, which has Davila looking at the brighter side.

“It’s so early, but I’m very optimistic that it’s going to be a better season,” he said. “We’re working towards making it a better season. Talk is cheap. You have to perform it on the field.”

The match against the Mustangs will be the second meeting between the teams ever. CSUN won 2-1 at Dallas, Texas on Sept. 20, 2009.