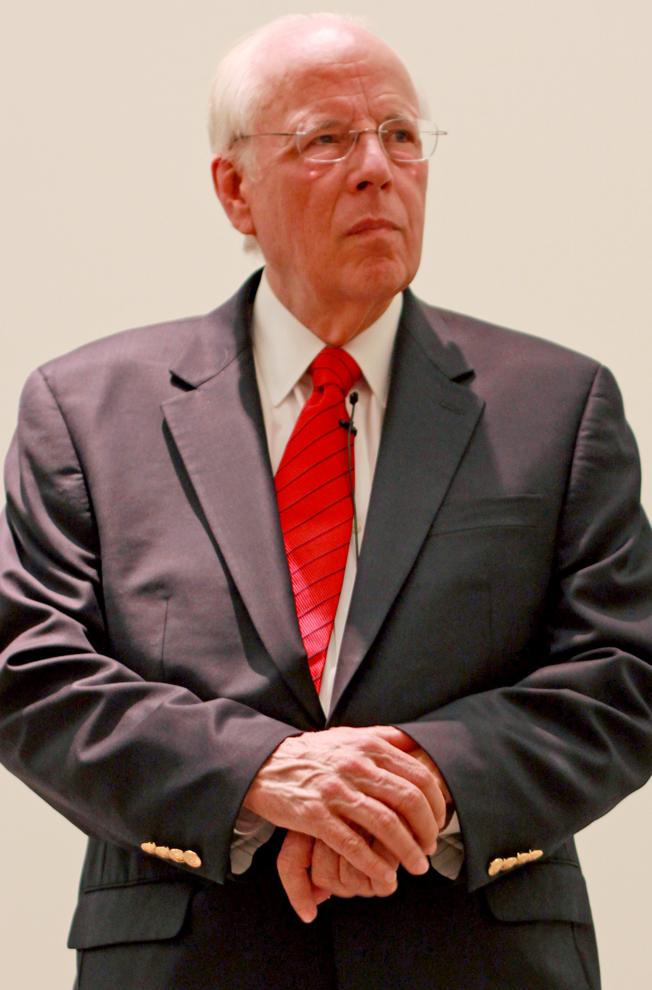 John W. Dean lectured inside the Valley Performing Arts Center complex about the link between characteristics of authoritarian personalities and leaders within the Republican Party and other conservative groups, Wednesday. Photo Credit: Andrew Lopez / Online Editor

Former White House counsel John W. Dean lectured on the dangers of authoritarian personalities in politics Wednesday night in the Valley Performing Arts Center (VPAC).Authoritarian conservatives, extreme right individuals, in our government are dangerous in their ambition and uncompromising beliefs, Dean said. The only solution is to point them out and their activities.

“They will at once be anti-abortion, involving the government in our bedrooms, and then decry government involvement elsewhere. They cannot compromise, for compromise would mean betraying their beliefs,” said Dean.

Authoritarians fall into two types: followers and leaders, he said.

“Leaders are social dominators who see opportunity and take charge. Worse yet, are the followers because they blindly believe in the aggressive leaders,” said Dean.

Authoritarian conservatives are ethnocentric, view things in “us versus them”, and cannot see the prejudice within themselves, he said.

Twenty-three to twenty-five percent of the American population is an authoritarian follower, convinced of the righteousness of the leaders who exist without conscience, Dean said.

Dean described the Tea Party as the “epitome of the authoritarians” in the modern setting, especially the followers.

“Roughly 18 percent of Americans swear allegiance to the Tea Party, while only 4 percent contribute to or are active in Tea Party activities,” said Dean.

Most of the tea party consists of former movements, such as anti-tax and anti-gun control groups, while the tea party name is just the surface, Dean said.

Modern authoritarian conservative leaders, such as Sarah Palin, Dick Army, Michele Bachmann, and former vice-president Dick Cheney, are dangerous in the powerful roles they are in and their ability to reach potential followers with the media.

These personalities are fit for positions as police officers, military officials, and football coaches, he said.

In their positions of power they are bulls in the china shop, Dean said.

The lecture was part of the ongoing Richard W. Smith Lecture in cultural studies series.