W-Soccer: Matadors dominate Lions on the road for second win of the season 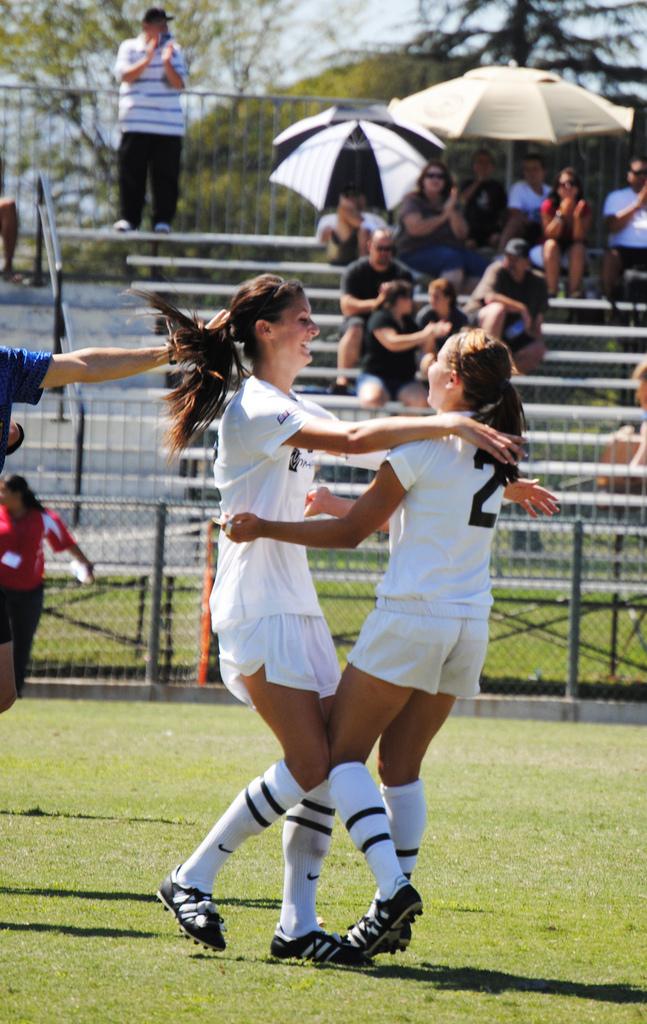 With two first-half goals and another score in the second half, the CSUN women’s soccer team ended its three-game road trip in winning fashion with a 3-0 victory over Loyola Marymount.

Over a period of 12 days in which they were idle, the Matadors (2-5-1) had been stressing the need to score more goals if they wanted to win more games, and that is exactly what they did against LMU (6-2-2) on Friday afternoon.

Junior forward Melissa Fernandez, who came off the bench for the first time this season, got the scoring started in the 26th minute by putting back a rebound off a shot from senior midfielder Alexis Barbara. Barbara and senior forward Heidi Farran both got an assist on the play.  A mere 12 minutes after, senior defender Nicole Cruz, who also came off the bench, scored on a corner kick pass from junior defender Stephanie Norton to put the Matadors ahead by two goals.

CSUN extended its lead to 3-0 in the 64th minute after junior defender Katie Russ scored her first goal of the season.

Fernandez now has two goals and three assists for the season while Barbara and Farran both picked up their second assist for the season. Cruz scored her first goal of the season.

Junior goalkeeper Cynthia Jacobo recorded her first shutout of the season – 13th of her career.  Her two saves for the game placed her only seven away from former Matador Leah Elliot for fourth-most saves in CSUN history.

CSUN head coach Keith West made some changes to the lineup, inserting freshman defender Amilee Smith in place of sophomore midfielder Haley Chee to start the game. He also started junior forward Marissa Miller over Fernandez.  The start for Smith was her first of the season, and of her CSUN career.

The Matadors return home for a 2 p.m. matchup against Portland at Matador Soccer Field on Sunday. The game will be the last before Big West Conference play starts.