Semester at CSUN Student Adjusts to Life Away From Home 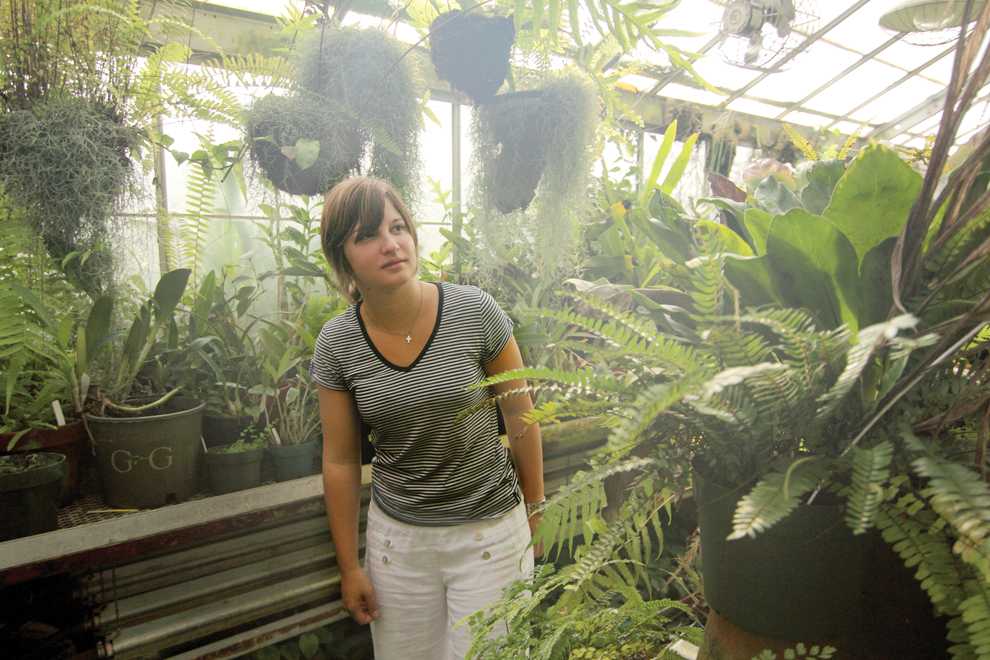 Claudia Julien is spending a semester at CSUN and says the green house and garden remind her of Belgium. Simon Gambaryan / Daily Sundial

Claudia Julien starts each day 5,628 miles away from her home in Namur, Belgium.

Julien, a student in the Semester at CSUN program, was attracted to the Northridge campus because she felt her passion for language could thrive in southern California.

“I want to study Spanish,” she said.  “I tried to go to Spain, but it was too expensive. So I figured (I’d)  come to California because Spanish is the second language here.”

As a first semester freshman, Julien has not yet declared a major but said her love for learning different languages is propelling her to become a writer. So far she knows French, English and a little Dutch.

The Tseng College requires Semester at CSUN students prove their English language proficiency prior to coming to the program, that way students are able to take classes with the rest of the CSUN student population.

“The teachers aren’t going to spell everything out for you, so you have to understand what they’re talking about,” Julien said. “Sometimes they talk really fast, but I don’t think I’m the only one having problems.”

Outside of the classroom, Julien said she is constantly surprised by the difference in American culture compared to that in Belgium.

California is known for its laid-back, beach-style clothing, but the way people dress has raised her eyebrows more than once, Julien said.

“The baggy shorts with the socks that go up to the knees, tennis shoes and a baggy T-shirt. I mean that’s my outfit when I am at home,” she said. “I don’t criticize them because for them it’s normal. But in Belgium, they all dress nicely. The guys, you see them in suits and shirts.”

Clothing aside, the American diet has culture shocked Julien.

In Belgium, the genetically modified foods so popular in the U.S. are illegal, Julien said. Which made finding palatable foods difficult.

“In Europe there are bakeries and they make the bread fresh in the mornings and sometimes when you buy it it’s still warm,” Julien said. “But here it’s pre-made and comes in a plastic bag. The only way I can eat bread here is if I toast it.”

But there is a silver lining.  Julien said her love of Asian food brought her to Panda Express, and now she can’t get enough.

“I’m always going to the one on campus,” she said.  “I know all the menu. They should change it sometime.”

Julien said she finds it odd when people are so quick to ask about her personal life, even if she does not know them.

“I think the Americans say Europeans are cold because we don’t just talk to people,” she said.  “I mean, here the first thing they say when you go somewhere is, ‘Hi, how are you?’ I mean its part of the hi.”

Julien said she understood the exchange to require an ‘I’m fine’ response.

“I don’t know what they do when you say, ‘I had a really bad day today,’” she said.  “So I don’t understand that custom.”

In January, Julien will be returning to Belgian customs. Once she returns, she will be working until university begins in fall 2012, because they do not accept students mid-year.

Julien said she is thankful for the chance to travel and be a part of CSUN’s program, but will be ready to go home in the winter.

“I really like Belgium. I want to study there and all my friends are there,” she said.  “I like it here, but I want to go back, too.”