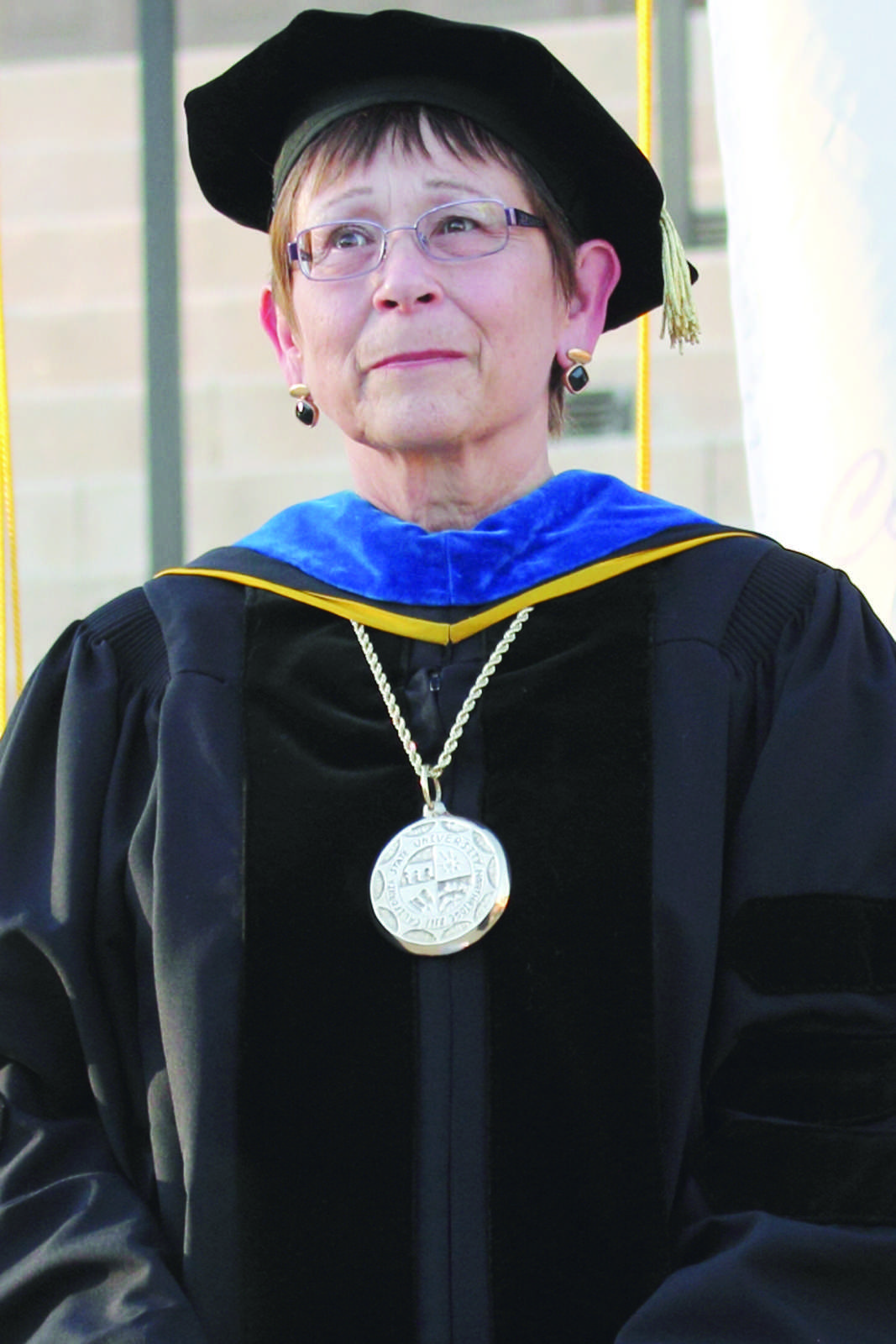 Koester’s public response comes after CSU Chancellor Charles Reed made a similar statement on behalf of the CSU.

Thirty-eight members of the Dreams Alliance, a CSUN group advocating the bill, comprised of staff, faculty, alumni and students, also asked Koester to produce a statement.

In her statement released to the Daily Sundial, Koester noted the importance of allowing qualified students to receive aid, regardless of their citizenship status.

CSUN is not alone in its support of the bill that would grant undocumented students access to federal financial aid.

UC Berkeley Chancellor Robert Birgeneau wrote an opinion story for the Daily Cal stating the university supports undocumented students who have earned their right to attend the school.

But George Sanchez, a Dreams Alliance member, said he was indifferent when he heard of Koester’s statement.

“I don’t care what Koester says,” Sanchez said. “She has absolutely nothing to lose. These students, these families have everything to lose by coming out and challenging this unjust law.”

Reaction was the same from a student member of the group, who said she would like to see more production from the president.

“Actions speak louder than words and I am not satisfied with the fact that she said she supports the California Dream Act,” said psychology major Ana Miriam Barragan. “I want to see her take actions since she is supposed to be representing us.”

Barragan, who is also a member of CSUN’s Dreams to Be Heard, an immigrants’ rights group supporting undocumented students, said she wants students to advocate for the bill and educate their peers.

“I wish to see other students also take actions by bringing awareness to the struggles that AB 540 students face,” she said. “Students and faculty members should acknowledge the fact that we are here and we are part of the same community.”

While some CSUN community members want to see more action from Koester, opponents of the bill want to see it vetoed.

“Spaces that are available in the California universities should be reserved for American students and those who are here legally,” said Phyllis Nemeth, director of Concerned Women for America of California. “It’s tough enough for the California tax payers to send their own child to college, and they really resent having to see some of their tax money go towards subsidizing people who are here illegally.”

Other opponents take offense to AB 131 and what it is trying to accomplish.

“It’s not just a bad idea, but actually a slap in the face,” said Ira Mehlman, national media director of the Federation for American Immigration Reform.

As an instructor at CSUN last year, Sanchez has had undocumented students in his class and wants this bill to be signed for them.

“It killed me because they were hard-working students,” he said.  “And they’re brave students on top of that because they come out of the closet to tell their story with the hope that it will change the situation.”

Below is a copy of the Dream Alliance Letter and President Koester’s response to the Daily Sundial:

The Dreams Alliance is a coalition of CSU Northridge faculty, students, staff and alumni committed to supporting AB 540 students in their pursuit of a university education.

We are asking you to follow the courageous example of Robert J. Birgeneau, chancellor of UC Berkeley, in publicly endorsing and supporting AB 131 (California Dream Act). Please see his statement at the following link http://www.dailycal.org/2011/09/13/educating-undocumented-students-is-an-important-reflection-of-our-public-mission-in-economically-challenging-times/

This legislation would allow students that meet the in-state tuition requirements (AB 540) to apply for and receive financial aid at California public colleges and universities. (Please see attached fact sheet on the legislation.) This legislation is especially critical in California, which has more unauthorized immigrants than any other state, about 2.6 million of the nation’s 11 million.  An estimated 10.2 percent of Los Angeles county residents are undocumented, which is relatively higher than other counties in California
(Hill, Laura E. and Hans P. Johnson. 2009. “Unauthorized Immigrants in California: Estimates for Counties.” San Francisco, CA: Public Policy Institute of California.).

We look forward to you making a written and public statement within the next week in support of this historic legislation that currently awaits Governor Brown’s signature (due by October 9, 2011). We would be most happy to meet with you to discuss this issue, as well as welcome your email response to the Dreams Alliance group at the email listed below.

As noted by Chancellor Birgeneau, “educating undocumented students is an important reflection of our public mission in economically-challenging times.”

AB 131—also known as the Dream Act—would expand upon the late Marco Firebaugh’s AB 540 legislation, which allows students who have attended a California high school for three years and graduated to receive the in-state rate for tuition regardless of whether they are residents of the state. AB 131 would also allow these students to seek additional financial aid opportunities.

The California State University (CSU) and California State University, Northridge have a long track record of publicly supporting efforts to ensure that qualified students who have attended and graduated from a California high school receive in-state tuition rates whether they are a resident of the state or not. Further, the CSU and Cal State Northridge have supported other additional efforts at the state and federal levels to allow those same students to qualify for various forms of financial aid.

Our central mission is to enable students to realize their educational goals. By providing students who have been granted in-state tuition access to financial aid, we ensure that they have the opportunity to realize their dreams so that they may contribute their skills and education to the betterment of California.