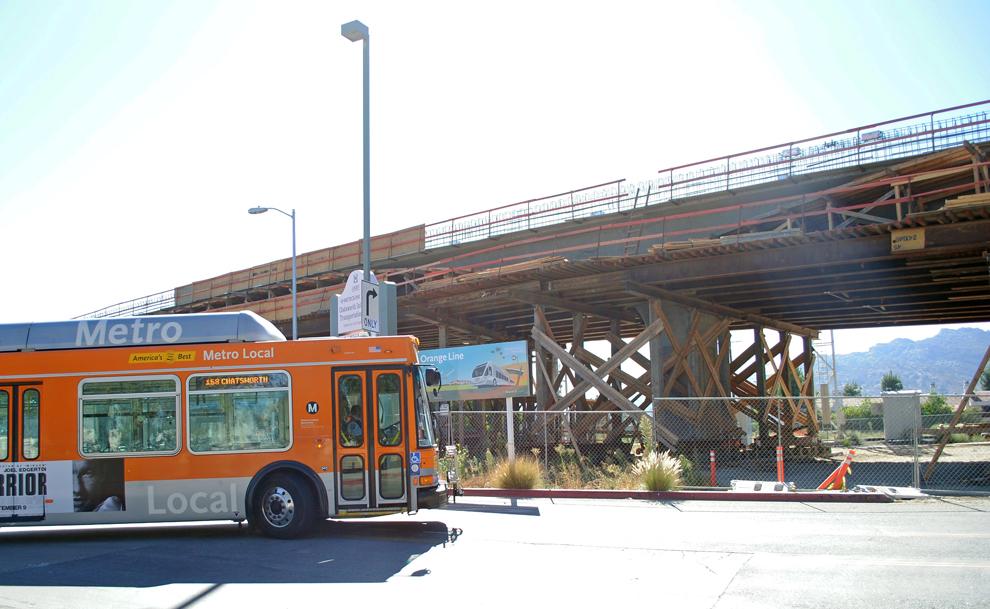 One of 12 Metro 30/10 Initiative construction sites located around Los Angeles County that will offer thousands of jobs, reduce traffic and lessen greenhouse exhaust gases. This site is the location of the four-mile extension for the Metro orange line in Chatsworth, which should be completed in a year. August 31, 2011. Andres Aguila / Daily Sundial

Los Angeles hopes to boost its economy, improve transportation and maybe make a dent in its 13 percent unemployment rate by completing its 30/10 initiative, which aims to broaden the Metro system.

The initiative plans to use revenue from the 2008 voter-approved Measure R sales tax as collateral for bonds and government loans, which will allow Metro to complete 12 mass transit projects in 10 years instead of 30, according to Metro’s website.

“From what I understand, the city is trying to get a lump sum of money now instead of getting it over 30 years,” said professor Robert Kent, head of CSUN’s urban studies department.

Only seven of the 12 projects are currently under construction so far, one of which is the Orange line in San Fernando Valley, the closest line to CSUN.

The Orange line is being extended by linking the Metro station in Canoga Park to the Chatsworth Metrolink so travelers headed east into the valley can go farther than before. Three new stations on Sherman Way, Reseda Boulevard, and Nordhoff Street are being created.

“One of the benefits is that train commuters from Ventura County and much beyond are now able to access the western parts of the San Fernando Valley,” said Marc Littman, spokesman for LA Metro.

To eliminate the traffic caused by construction, the city is building a ramp that starts from Chatsworth and ends in Canoga Park over current Metrolink tracks to avoid unnecessary traffic jams.

A ramp will be built over the metro train tracks to avoid traffic on Lassen Street, said Dave Satero, an LA Metro employee.

However, some passengers still expect delays due to on-site construction.

“Right now, everything is going okay,” said Gerald Taylor, a frequent patron of the Chatsworth Metrolink. “But in a month, they’re going to tear up the street that leads to the parking lot, so it’s gonna be hard to get in and out.”

The 12 major projects throughout Los Angeles will cost $37.4 billion, according to a report released by the Los Angeles Economic Development Corporation.

Projects are expected to extend transportation and create 160,000 jobs in temporary construction, permanent operation, and maintenance, according to Metro’s website.

“If the city can build a mass transit system in 10 years instead of 30, it would make the city more competitive,” Kent said.  “Systems like these are 100-, 150-year investments, and the city could greatly benefit.”